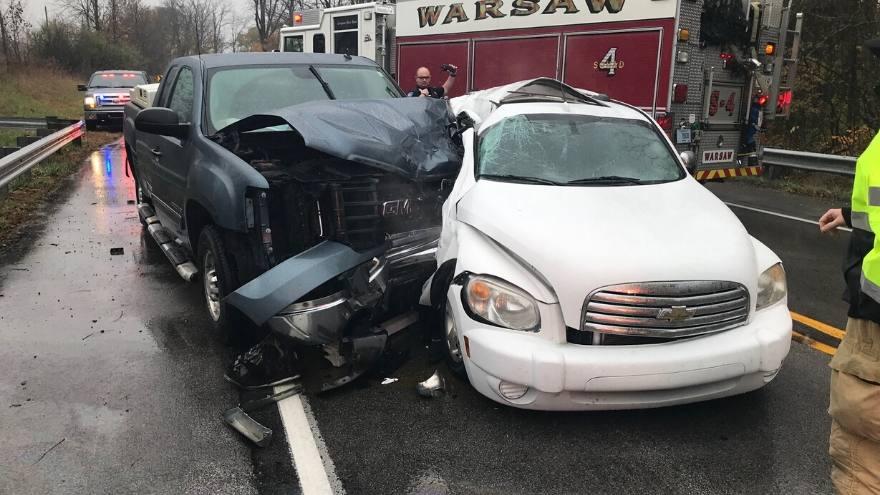 KOSCIUSCKO COUNTY, Ind.—Two drivers were injured in a crash in what the Kosciusko County Sheriff’s Office calls the “Devil’s Backbone.”

According to the Sheriff’s Office, a 65-year-old Warsaw man lost control of his Chevrolet HHR and collided with a GMC Sierra, driven by a 58-year-old New Paris man on State Road 25, south of CR 250 S around 2 p.m. on October 30.

Both drivers were taken to local hospitals for treatment of their non-life threatening injuries.

A sergeant with the Sheriff’s Office said the area of the crash, with its curves, has a history of mythology and is “pretty treacherous” when it rains or snows. He said the office has responded to a large number of crashes in that area.