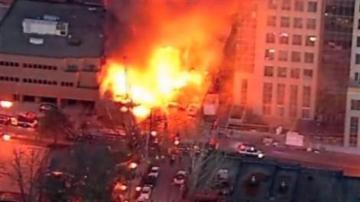 According to KMBC, more than a dozen people were treated. A couple of the injuries were reported as being serious.

Witnesses said flames and thick smoke could be seen for miles.

The restaurant that exploded was an upscale bistro called J.J.'s.

It took crews 90 minutes to get the flames under control.