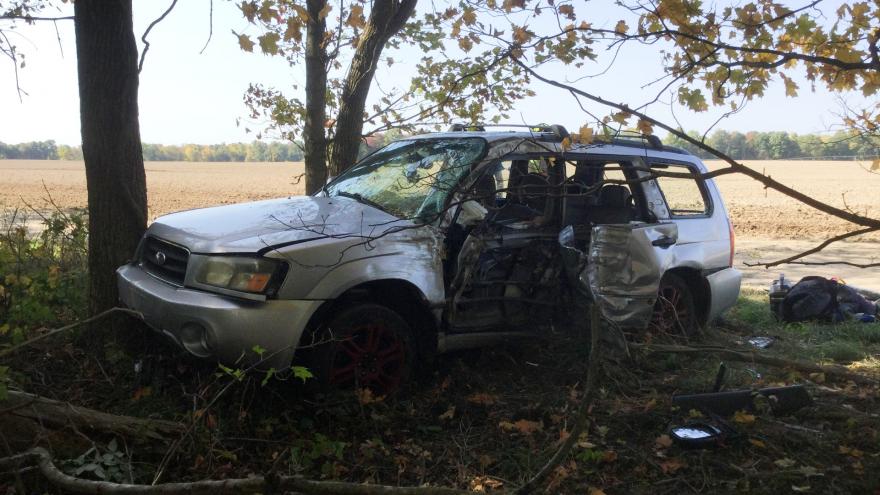 CASS COUNTY, Mich. – The Cass County Sheriff’s Office dispatched officers to the scene of a single car crash in Jefferson Township on Friday, October 9th, just before noon. Deputies arrived to find a car off the road on Monette Street near Robinson Road.

According to officials, the vehicle was traveling eastbound on Monette Street when it left the road and struck a tree in a way that could have caused entrapment.

When Deputies arrived on the scene, they found all the passengers out of the vehicle and being treated by medics.

Assisting at the scene was Edwardsburg Fire Department/Ambulance and PrideCare Ambulance.

According to officials, seat belts were worn by everyone and alcohol does not appear to be a factor.