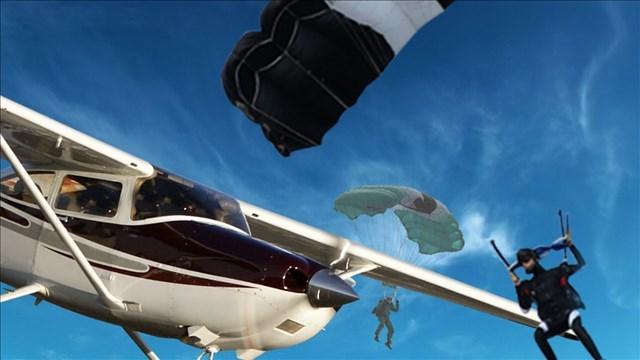 The men, who are in their 20s, died Saturday in San Joaquin County. They have not been identified.

Authorities received a call that the skydivers had hit the ground without an open parachute, said Lt. Randy Johnson of San Joaquin Sheriff's Office.

A preliminary investigation indicates the parachute did not open, Johnson said. Their bodies were found in a vineyard in the Lodi area.

Bill Dause, owner of the Lodi Parachute Center where the two jumped from, told CNN affiliate KCRA that one of the victims was an instructor with 700 jumps of experience.

"The parachute failed to eject properly. We have no explanation why," Dause said. "The only thing it looks like is something may have gone out of sequence (and) that may have caused the problem"

Dause said other skydivers at the center continued with their jumps after the incident.

"I am always liable but I am not concerned. We didn't do anything wrong," Dause told the affiliate. "It's a love of the sport. You keep going."

The Federal Aviation Administration is investigating.