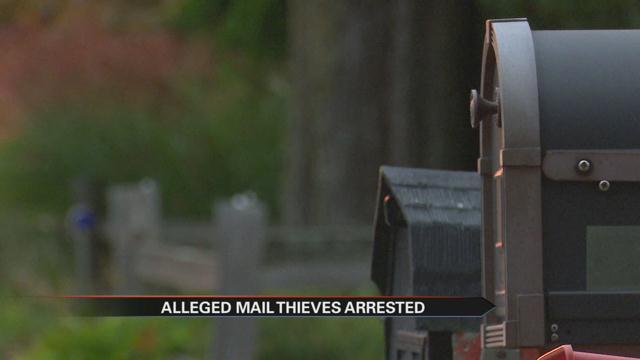 Police say they wouldn’t have caught them without the watchful eye of some neighbors.

Police were able to arrest two people for charges related to the mail thefts.

That citizen noticed them opening mailboxes along Sunrise Road and called 9-1-1.

“The male driver of the vehicle, a 28 year old male out of Elkhart, and the female passenger were found to be in possession of approximately ten debit/credit cards that we found to be stolen from the Edwardsburg and Indiana area,” said Kozal.

But they weren’t only after credit cards.

“A lot of evidence was seized that shows further into a conspiracy to not only print checks but print identifications,” said Kozal.

Most neighbors said they’re just waiting for their credit card bills to find out if they were some of the victims.

But—at least for tonight, they can rest easy.

“We’re very appreciative of the citizens of Ontwa Township for being on the lookout, because that’s the only way we would have gotten notice of this,” said Kozal.

Ontwa Township police say they are just getting started with this investigation.

They’re in the process of identifying more victims and suspects, so they need your help.