Two teens injured in crash on US20 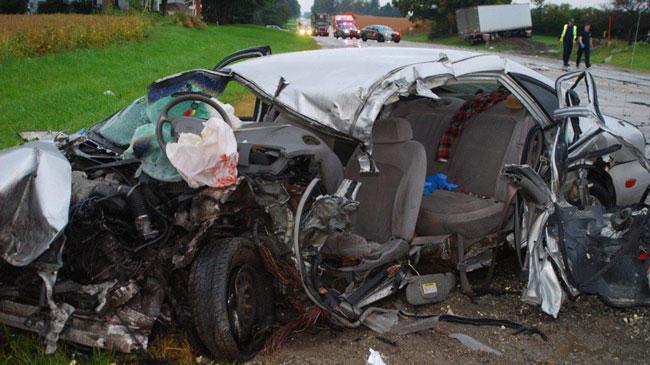 Two teenagers were injured when the vehicle they were in collided with a semi on US20 in New Carlisle.

The investigation indicates 19-year-old David Ferguson was driving east on US20 and his vehicle may have crossed the center line.

The vehicle then collided with semi traveling westbound.

Deputies do not know why Ferguson's vehicle crossed the center line, according to reports.

Ferguson and his passenger, 18-year-old Tara Fletcher, were both extricated from the vehicle.

Because of the weather conditions, the medical helicopter was unable to land. Both Ferguson and Fletcher were taken by ambulance to Memorial Hospital in South Bend.

Both were wearing their seat belts.