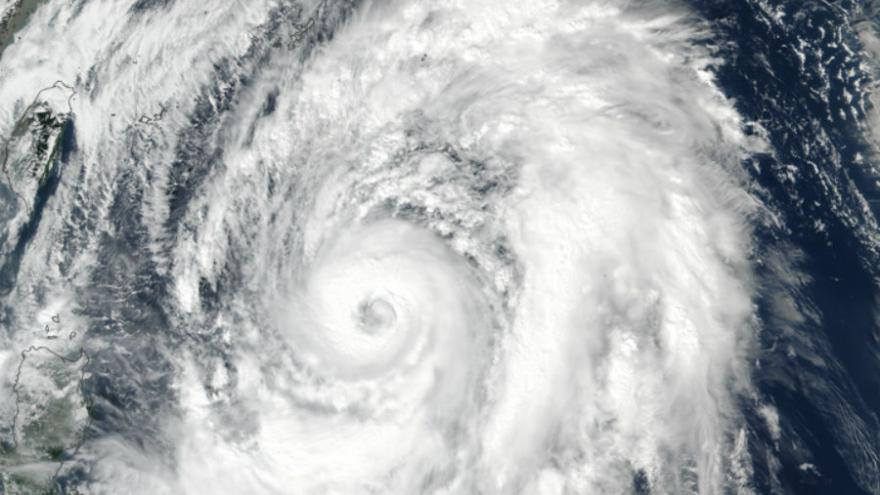 (CNN) -- A mammoth typhoon is closing in on Japan, hurling dangerous winds and threatening to cause major flooding and mudslides.

As of Sunday evening, Lan was whipping winds of 215 kilometers per hour (134 mph). Although the typhoon is weakening, Tokyo is expected to get hit with possibly damaging winds and heavy rains, Brink said.

The storm has already caused huge waves in South Korea.

Typhoon Lan is so enormous, its cloud field is largest than Japan, Brink said.

On Sunday, Japanese voters participated in a snap general election that was expected to make Shinzo Abe the longest-serving leader in the country's post-war history.

The turnout Sunday was stymied by the typhoon, but a record number of Japanese citizens voted earlier ahead of the storm.