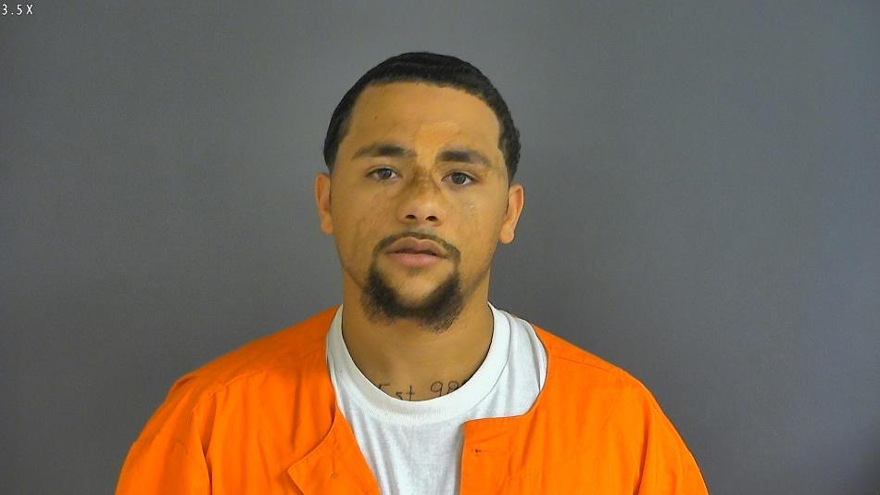 The Indiana Court of Appeals has vacated the conviction of Tyre Bradbury, one of the alleged accomplices to the murder of 2-year-old John Swoveland in 2014.

Swoveland was shot and killed by a stray bullet fired at Coquillard Park. [Full coverage from ABC57]

The court overturned the decision on two factors. That Bradbury’s attorney stipulated that Robert Griffin was convicted of murder in this case and the defense didn’t request the jury to be instruction on a lesser included offense - reckless homicide.

The appeals court says Griffin’s intent was a central point to Bradbury’s defense, but the defense allowed a stipulation that Griffin had been convicted of murder. To convict Bradbury of murder as an accomplice to the murder, the state must prove the underlying crime.

“The primary issue in both the Griffin and Bradbury prosecutions was whether Griffin intended to kill his rival, L.B., or just frighten L.B. by recklessly firing in his general direction when the stray bullet from his gun struck toddler J.S. Bradbury’s jury was not bound by the verdict of Griffin’s jury. Yet, informing Bradbury’s jury of that verdict sent the opposite message: another jury had found beyond a reasonable doubt Griffin fired with the intent to kill, so Bradbury’s jury must follow suit,” the decision states.

“But for counsel’s stipulation as to Griffin’s murder conviction, a serious evidentiary dispute about Bradbury’s culpability would have existed,” the decision states.

Bradbury’s attorney stated he allowed the stipulation believing the jury wanted to know someone was held responsible for the death of the toddler.

“The Record showed Griffin and Bradbury came to the park prepared to face their adversaries. When Bradbury saw Griffin fire in the rivals’ general direction, Bradbury yelled for him to stop. As the dissent correctly notes, one witness testified Griffin aimed the gun at L.B. Based on this conflicting evidence from trial, a reasonable juror could have concluded Griffin did not intend to kill his rival, L.B.; instead, Griffin was trying to frighten L.B. by recklessly firing the gun in his general direction. The spray of gunfire killed the toddler, who, by all counts, was an unintended victim. Under such circumstances, Bradbury could have been convicted as an accomplice to reckless homicide, a lesser offense than murder. Counsel’s stipulation that Griffin was convicted of murder effectively foreclosed that defense,” the decision stated.

The other issue for the appeals court was whether the jury should have been instructed to consider reckless homicide during Bradbury’s trial. The post-conviction court found Bradbury’s attorneys didn’t argue a lesser included offense as part of their strategy.

The appeals court disagreed. They said Bradbury’s counsel stated he didn’t request a lesser included offense instruction because it was not supported by the evidence. The appeals court found that argument was not part of the strategy and overturned on this element as well.

Two of the three justices signed the decision, which found a reasonable probability the court would have reached a different conclusion if not for ineffective assistance of counsel and, “the post-conviction court erred by denying Bradbury’s petition for post-conviction relief.”

The case has been remanded for further proceedings.

On April 8, 2014, a fight broke out between several young men at Coquillard Park in South Bend. The following day, Bradbury, who was 15 at the time, Robert Griffin and several others returned to the park.

Larry Bobbitt testified he was riding his bicycle past the park when Griffin, Bradbury and several others surrounded him. Bobbitt and Malcolm Buchanan squared up to fight one-on-one when Griffin drew a gun and fired a shot, according to court records.

Bobbit was not struck by any of the bullets, but 2-year-old John Swoveland, who was playing in the front yard of a house 390 yards away, was shot and killed.

Bradbury appealed his sentence and it was amended in 2017 to 45 years on the murder charge and 15 years for the gang enhancement for a total of 60 years.