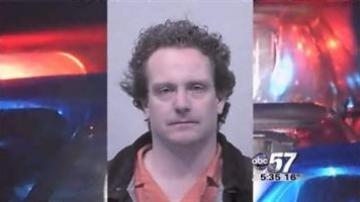 Police say someone at the hospital found the images on a hard drive last summer. It wasn't reported to police until December.

A 36-year-old medical student, Stephen Jenson, was able to continue practicing medicine there for six months before he was arrested.

The case is being called a “serious failure" on the institution's part. Jenson faces up to 16 years in prison.