UAW at Honeywell to vote on new contract Saturday 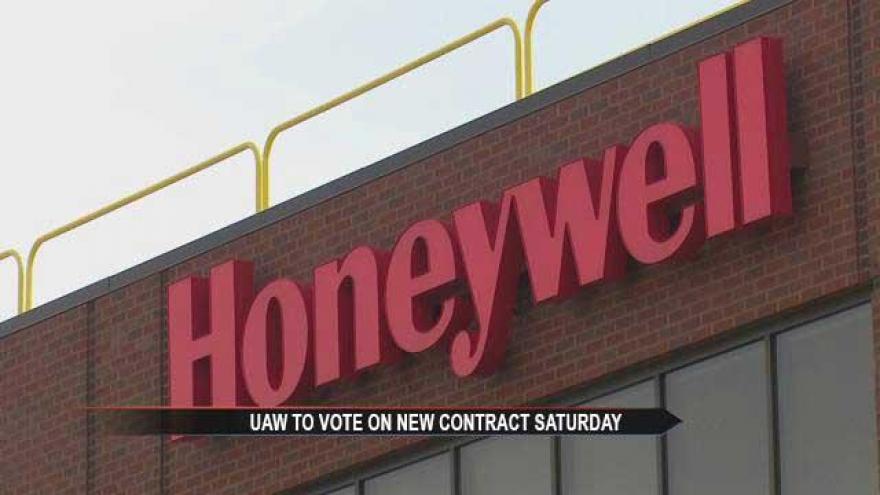 Members of the UAW Local 9 at Honeywell Aerospace in South Bend have received an offer for a new collective bargaining agreement.

The union has been locked out of the job for over nine months.

Union reps were in Chicago on Tuesday for negotiations with federal mediators.

The new five-year agreement will be presented to members on Friday and they will vote on Saturday.

Employees in South Bend are under the same contract as workers in Green Island, New York. Union employees from both locations must approve the contract.

The last contract offer in November was approved by employees in Green Island, but rejected by South Bend employees. Some changes in the new contract include a small pay raise, increased vacation for longtime employees, and protection from loosing their benefits

I am pleased to announce that following a lengthy mediation session held in the Chicago offices of FMCS, Honeywell has agreed to issue a revised offer which the UAW bargaining representatives will recommend positively to their membership for ratification. I want to commend the representatives from Honeywell and the UAW for agreeing to attend the mediation session and I congratulate them on this hopeful outcome.

It has been a long 10 months of negotiations and we feel that Honeywell has finally moved on key issues with our members. The bargaining committee has voted to recommend the company’s most recent offer.  Honeywell has moved far enough for the members to consider ratifying the mediated offer.  We want to thank our members and their families for their sacrifice and solidarity during a difficult year, and for all of the support our local communities and brothers and sisters from the UAW and labor across the country have given us.

After almost 10 months of being locked out by Honeywell, we are pleased that the company has finally made an offer that we can recommend to our members.  This lockout was not necessary, and the company could have avoided all the pain they caused our members and their families had they not engaged in a strategy of corporate greed.  We are grateful for all the support we had from the UAW, the labor community at large and our community allies.  We are looking forward to taking our plant back from the scabs and making the high-quality, union- made aviation brake pads we are known for.