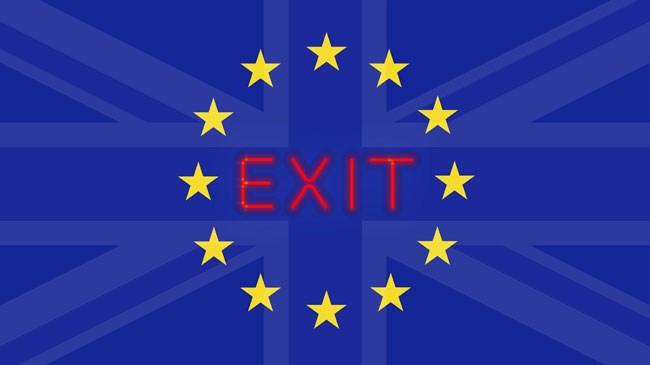 LONDON (CNN) -- The vote-counting has started in a once-in-a-generation referendum on whether the United Kingdom should leave the European Union.

The final, nationwide result is expected to be announced Friday morning. With 48 of 382 districts reporting, Remain was ahead of Leave 50.1% to 49.9%.

Polls have consistently shown voters split down the middle, with the outcome too close to call, and wavering voters likely to determine the result.

The first three of 382 local results in the referendum -- the small British overseas territory of Gibraltar, Newcastle in northern England and the Orkney Islands off the coast of Scotland -- were victories for the Remain camp. Sunderland, also in northern England, was the first region voting to Leave -- by a 61% to 39% margin.

The financial markets quickly reacted to the Sunderland result, with the pound falling against the dollar. It sank as low as $1.43 after earlier touching $1.50, its highest level this year.

Polls closed at 10 p.m. (5 p.m. ET). As results come in, they will be announced by region rather than by constituency. The 12 regions include Scotland, Northern Ireland, Wales, London and eight English regions. Almost 46.5 million people were registered to take part in the historic vote.

British pollster YouGov published a poll taken Thursday, asking people how they actually voted. They contacted 4,772 British adults online and concluded: "The results are close and it's too early to call it definitively."

Sky News reported that Leave.EU and UKIP Leader Nigel Farage said, "It looks like Remain has edged it."

Later on Thursday, Farage didn't concede defeat but said the movement to dismantle the EU will succeed elsewhere, if not in the UK.

"The Euro-skeptic genie is out of the bottle and it is not going to go back," he said. "If we stay in this union, it is doomed. It is finished anyway."

Turnout appeared to be heavy, with pro-Leave margins surprising observers. Freddie Sayers, Editor-in-Chief and Chief Digital Officer at YouGov, told CNN that voters in areas expected to vote for Brexit are doing so in greater numbers than projected.

Britons headed to polling stations beneath rainy skies in London, following torrential rains and thunderstorms overnight that caused flash flooding in parts of the capital and southeastern England.

Britain's Electoral Commission tweeted that those delayed on the way to polling stations should know that as long as they were standing in line to vote at 10 p.m., they would be able to cast a ballot.

The downpour wreaked havoc on transport networks in London and southern England and caused two polling stations in southwest London to close and relocate after they were inundated with floodwaters. Others across the capital opened late due to the weather.

Among the key political players casting their votes Thursday were UK Prime Minister David Cameron, who voted at a hall in London; Labour leader Jeremy Corbyn, who also voted in the capital; and UK Independence Party leader Nigel Farage, a leading "Leave" advocate, who voted in Westerham, England.

After the polls closed, Cameron tweeted: "Thank you everyone who voted to keep Britain stronger, safer & better off in Europe - and thousands of @StrongerIn campaigners around the UK"

Registered voters include Britons aged over 18 from England, Wales, Scotland, Northern Ireland and Gibraltar -- a British territory off the southern coast of Spain. Irish and Commonwealth citizens living in the UK are also eligible to vote.

One of the major groups wanting to leave the EU, Vote Leave, tweeted: "Whatever the outcome, it's been an incredible campaign. Thank you to everyone who was a part of this! #ProjectHope.

Turnout in Scotland is 67% with 11 of its 32 districts reporting. Scotland was expected to be a Remain stronghold.

Turnout in the North East region was about 67% with 7 of its 12 districts reporting. The North East was generally Eurosceptic.

Both turnout figures are about the same as turnout for British general elections -- but the Scottish figure is significantly lower than the 85% who turned out to vote in Scotland's 2014 independence referendum.

Leading political parties and newspapers have been divided on the so-called Brexit, or British exit, from the European Union -- an outcome that would be a huge blow to the 28-member bloc.

French President François Hollande warned Wednesday that the result would have a huge impact on the future of the European Union.

"The departure of a country that is, geographically, historically, politically in the European Union would have extremely serious consequences," he said.

The UK has been a member of the European Union (and its precursors) since 1973.

With many of the fundamental questions of the debate in dispute by the opposing "Leave" and "Remain" camps, the outcome may come down to a question of gut instinct for voters.

The rival camps have clashed on such core issues as whether a Brexit would help or hurt Britain's economy, throughout a rancorous campaign that has repeatedly returned to themes of security, sovereignty and immigration.

"Leave" campaigner Boris Johnson, a member of parliament and former London mayor, described the EU during a final centerpiece debate Tuesday as "a job-destroying engine."

"You can see it all across southern Europe and you can see it, alas, in this country as well," he said.

By contrast, the "Remain" camp, led by Cameron, has argued that a vote to leave would do lasting harm to Britain's economy.

The "Leave" camp has framed the referendum as a historic opportunity to "take back control" of Britain from Brussels, where most of the EU institutions are headquartered, with Johnson describing it as a potential "independence day" for Britons.

Their rivals have argued that Britain will be safer, more powerful internationally and more prosperous if it remains in the bloc.

The "Leave" campaign has raked in more funds than its opponents, according to Britain's Electoral Commission.

In addition to the massive changes that a vote for a Brexit would entail for Britain, observers predict it could also trigger a political crisis, with "Remain" supporter Cameron struggling to control his ruling Conservative Party if he backed the losing side on such a critical issue.

Eighty-four pro-Brexit Conservative MPs have delivered a letter to the British Prime Minister's office saying that, whatever the result, they believe Cameron has "both a mandate and a duty" to continue in office, Conservative MP Robert Syms said on Twitter.

The letter was organized by Syms and signed by 84 Conservative MPs, two-thirds of whom publicly supported the Vote Leave Campaign, including former Mayor of London Boris Johnson.

Cameron negotiated with European leaders this year to secure improved terms of membership in the bloc if Britain stays in the EU.

European Commission President Jean-Claude Juncker warned Wednesday there will be no further renegotiation.

"We have concluded the deal with the Prime Minister; he got the maximum he could receive, and we gave the maximum we could give so there will be no kind of renegotiation," he said.

The political climate leading up to the referendum has been unusually volatile, with both sides accusing each other of lying and scaremongering.

The tension reached its peak with last week's killing of Labour MP Jo Cox, a pro-"Remain" advocate in her first term in parliament. She was the first sitting British lawmaker to be killed since 1990.

Her husband, Brendan Cox, told the BBC she had been concerned about politics becoming "too tribal and unthinking."

"She was very worried that the language was coarsening and people were driven to take more extreme positions," he said.

On Wednesday, another Labour MP tweeted that she had received a death threat for her referendum campaigning.

The referendum got some attention from a movie star, with Lindsay Lohan, who currently resides in London, offering up her thoughts in a series of tweets. The actress firmly declares her support to "Remain," shows her support for free trade and express her love for the Shetlands Islands.