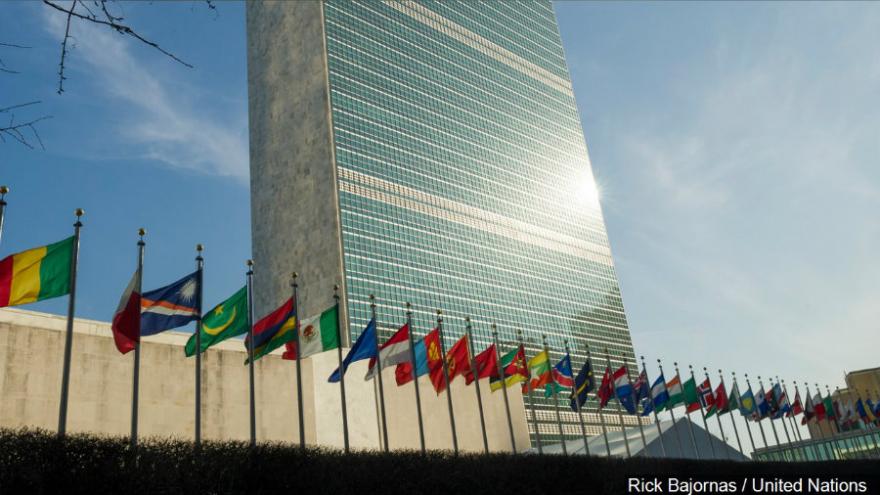 (CNN) -- The United Nations is appealing for $22.5 billion to provide humanitarian aid next year to millions of people displaced by conflict and disasters worldwide.

The funds will target the 91 million people the UN considers "most vulnerable," and provide them with food, shelter, health care and other basic necessities, the world body said in a statement.

By next year, at least 136 million people from 26 countries will need life-saving humanitarian aid -- a 5% increase from this year, according to UN aid chief Mark Lowcock.

"In some countries needs will fall, but still remain significant, including Afghanistan, Ethiopia, Iraq, Mali, and Ukraine," the UN said. "But at the same time, needs are rising substantially in Burundi, Cameroon, Central African Republic, the Democratic Republic of Congo, Libya and Somalia."

One of the hardest-hit countries is Yemen, which is fighting a famine and last week received some of its first aid since Saudi Arabia imposed a blockade of the country in early November.

Passenger planes carrying aid workers and around 1.9 million vaccine doses -- enough for 600,000 children -- landed in Sanaa with vaccines to protect against deadly diseases such as whooping cough, tetanus, tuberculosis, pneumonia and meningitis.

"To feed the 7 million people suffering severe famine, we need this kind of access on a regular basis, as we had before November 5," World Food Program spokeswoman Abeer Etefa said.

"We are hoping that commercial ships carrying food will also be allowed access to Yemen's ports soon, as the country imports 90% of its food and this is the only way to end the famine."

Yemen is among the nations in need of crucial aid next year. Wracked by civil war since 2015, it's now largely split between Iranian-backed Houthi rebels and an internationally recognized government supported by the Saudis.

Last month, a missile launched from Yemen was intercepted over the Saudi capital, Riyadh, prompting the blockade shortly thereafter.

The closures cut off UN-supervised relief supplies and led to severe shortages of food and medicine. Before the crisis began, between 80% and 90% of food imports entered through the port at Hodeida and Sanaa's airport, according to the UN's Office for the Coordination of Humanitarian Affairs.

"Needs will remain at exceptionally high levels in Nigeria, South Sudan, the Syria region and Yemen, which is likely to remain the world's worst humanitarian crisis," the UN said.

Syria will need the most aid -- $3.5 million for the country and an additional $4.2 billion for regional nations hosting its refugees.

A total of $2.5 billion will go to Yemen while South Sudan needs $1.7 billion, the UN said.

"But we also need governments and institutions to take a longer term approach by tackling the cause of these crises as well as the symptoms," the UN said. "By brokering peace agreements, investing in education, helping communities build resilience to climate shocks, and speaking up when people are persecuted."

The UN said it had raised about $13 billion by the end of last month.