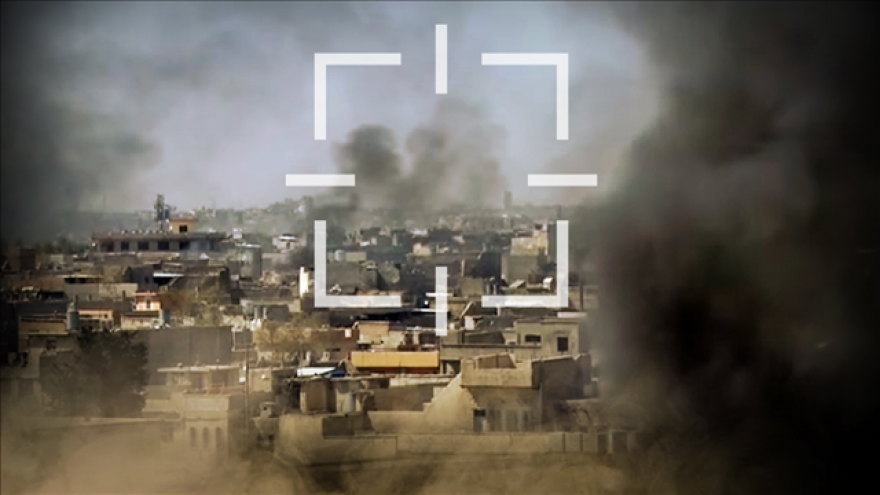 "Warplanes carried out airstrikes targeting areas in the town of Shifouniya in Eastern Ghouta," the UK- based Syrian Observatory for Human Rights said without giving details on casualties or damage.

There was no immediate mention of airstrikes on the state-run Syrian Arab News Agency. CNN has not verified the occurrence and timing of the airstrikes.

Earlier, after the ceasefire vote, Syrian UN Ambassador Bashar Ja'afari said the regime would continue to go after what it deemed terrorist groups.

"We practice a sovereign right of self-defense, and we will continue to fight terrorism wherever it is found on Syrian soil," he said, according to SANA.

A truce would allow for the delivery of emergency aid and the evacuation of the wounded in some of Syria's hardest-hit areas, including Eastern Ghouta.

Diplomats said Saturday's vote ended up being a bit of a showdown between Nikki Haley, the US ambassador to the United Nations, and her Russian counterpart, Vassily Nebenzia, over the timing of a ceasefire.

The diplomats said the United States fought to keep language in the resolution that called for an immediate start to the ceasefire and unfettered humanitarian access without delay. The Russians kept trying to water it down to delay implementation, the diplomats said.

In the end the Russians relented and the language on an immediate ceasefire and humanitarian access were retained, the diplomats said. They said they are skeptical the Syrian regime will comply but are hopeful the resolution could be a turning point.

US: Delays cost people their lives

Speaking right after the vote, Haley took a jab at Russia, saying the Security Council was late to respond to the crisis.

"On Thursday, in an effort to stall, Russia called for an open meeting on the humanitarian situation in Syria. At that meeting, 14 members of this council were ready to impose a ceasefire. But Russia obstructed the vote again," she said. "And then yesterday (Friday), this council sat around for hours, ready to vote, only to have Russia delay yet again. Every minute this council waited on Russia, the human suffering grew."

Haley said the bombing continued as the negotiations dragged on.

"In the three days it took us to adopt this resolution, how many mothers lost their kids to the bombing and shelling? How many more images did we need to see of fathers holding their dead children? All for nothing, because here we are voting for a ceasefire that could have saved lives days ago."

Nebenzia said the timing in the original proposals was not feasible.

"It was not possible to achieve these directives or instructions without any concrete agreement for the warring parties in Syria and not arrive at a ceasefire," he said. "This kind of an unrealistic approach will in no way help to address the pressing humanitarian situation in Syria. What is necessary is for the demands of the Security Council to be underpinned by concrete, on-the-ground agreements."

He indicated he didn't think the cessation of hostilities would be immediate, saying people need to be "realistic."

"We would like to encourage the parties to work for it, to engage in the implementation," Nebenzia said.

He also pointed out the resolution does not dissuade military operations against designated terror groups.

Ja'afari reiterated that the regime has called on rebel fighters in Ghouta to put away their weapons and let civilians escape to safety, SANA reported.

The death toll soared while diplomatic maneuvering was underway.

More than 520 people have been killed and 2,500 wounded since Sunday in the relentless bombardment of Eastern Ghouta, according to a statement from Doctors Without Borders, or Médecins Sans Frontières.

"Our hospital is full, and we already got hit twice," a doctor with the humanitarian organization said Saturday on Twitter.

"They were bursting in the sky, and the colors were white and dark orange," said Siraj Mahmoud, a spokesman for the White Helmets rescue group.

Around 400,000 people are in hiding as the Damascus suburbs have been pounded with shells, mortars and bombs since Sunday night.

"I welcome the Security Council's resolution on a ceasefire in Syria and call for all sides to allow the immediate delivery of humanitarian aid," Guterres tweeted.

Most of the dead are women, children and the elderly, Dr. Fayez Orabi, head of the enclave's health department, told CNN in a series of WhatsApp messages.

"It's difficult to have a precise count because of the internet and communications are weak and the shelling and bombing are 24 hours," Orabi said. "During writing this message to you more than 20 rockets have fell around us," he added.

Dr. Ayman Issa, a surgeon at Kafr Batna central hospital in Eastern Ghouta, said a ceasefire, if it does happen, would allow staff at the medical facility to get something substantial to eat, to get a chance to clean up, and to, most importantly, treat patients and get them home.

The attacks injured a number of civilians and caused material damage, according to SANA.

Louis Charbonneau, UN director at Human Rights Watch, said he hopes the ceasefire will provide a much-needed respite for Ghouta.

"It is important that all sides comply with the terms of the resolution and allow humanitarian aid and medical evacuations. But it is only a small step in the right direction," he said.