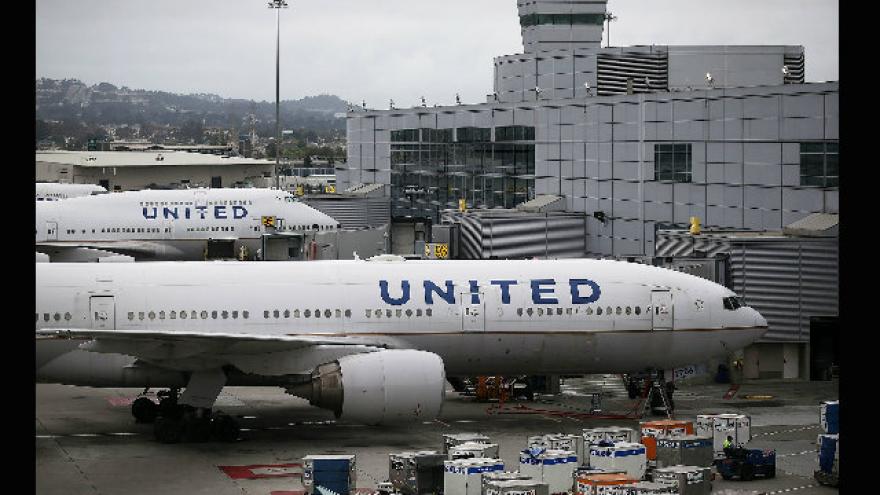 Already under scrutiny about a dog dying in an overhead bin and another dog being accidentally sent to Japan, United Airlines on Friday acknowledged its third animal-related mistake in a week. Photo courtesy Justin Sullivan/Getty Images

By Amir Vera and Marlena Baldacci

(CNN) -- Already under scrutiny about a dog dying in an overhead bin and another dog being accidentally sent to Japan, United Airlines on Friday acknowledged its third animal-related mistake in a week.

A flight was diverted to Akron, Ohio, on Thursday after the airline realized a pet had been loaded onto the flight in error, airline spokeswoman Maggie Schmerin told CNN.

Flight 3996 was carrying 33 passengers from Newark, New Jersey, to St. Louis, but the pet was due to fly from New Jersey to Akron. United told CNN the unidentified animal was "safely delivered to its owner."

United said it offered compensation to all passengers as a result of the diversion. The airline declined to provide details about the compensation.

There were two earlier animal-related mistakes made by United Airlines.

Tuesday, a 10-year-old German shepherd named Irgo was flown to Japan when he was supposed to end up in Kansas. In Irgo's place was a Great Dane that was supposed to be en route to Japan.

Irgo was reunited with his family Thursday. United issued an apology after the discovery of the switched dogs.

Monday, March 12, a French bulldog died on a Houston-to-New York flight after a United flight attendant told its owners to put the dog, in its carrier, in an overhead bin. United spokesman Jonathan Guerin said the passenger told the flight attendant there was a dog in the carrier, but the attendant "did not hear or understand her, and did not knowingly place the dog in the overhead bin."

The incident drew outrage online and prompted a US senator to demand an explanation from United.

"As we stated, we take full responsibility and are deeply sorry for this tragic accident. We remain in contact with the family to express our condolences and offer support," Guerin said. He added that in order to prevent another situation like this, the airline will issue bright-colored bags to customers traveling with in-cabin pets.