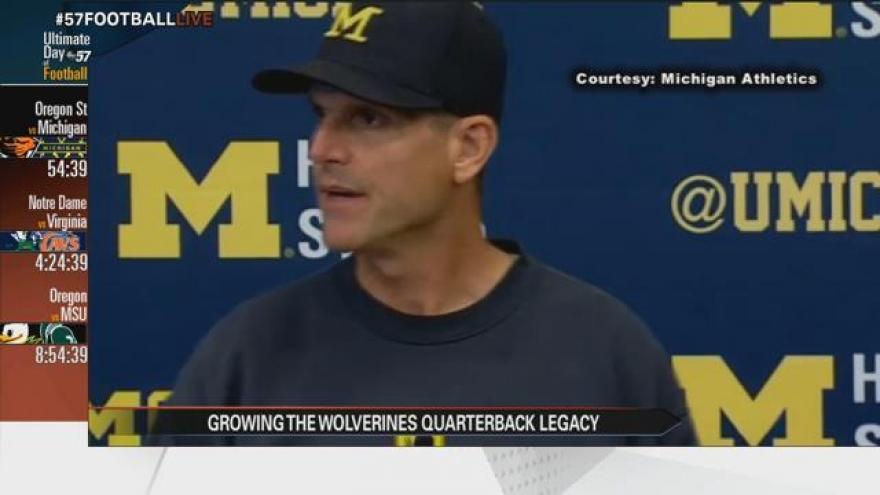 The University of Michigan's first home game of the season is against the Oregon State Beavers. It's the first home game under Head Coach Jim Harbaugh's leadership who is developing a plan to grow the quarterback legacy.

Harbaugh kept who he would be starting a secret.

Ruddock is a graduate student who transferred from Iowa to play for the blue.

Last week Harbaugh had nothing bad to say about Ruddock's resiliency in playing the Utes.

Coach Harbaugh says Ruddock had a good running game against Utah and for Oregon State, he's got to focus on ball security and not throwing interceptions.

“60 percent of our first downs were four yards or more which is something we track and want to be good at," Harbaugh said.

Harbaugh isn’t the only graduate making a debut.

The pre-game jet flyover will be piloted by two Michigan graduates from 1996.