UPDATE: 18-year old recovering after being shot in the elbow 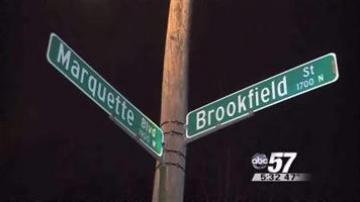 SOUTH BEND, Ind. -- A South Bend teenager is recovering from a gun shot to the elbow!

An 18-year old was shot in the arm in South Bend this early morning around 12:17 a.m. and rushed to Memorial Hospital.

Witnesses said the teen was bleeding from his arm and holding his elbow when he approached them.

They told ABC 57 that they found him running down North Brookfield Street yelling for help.

He ran over to them, asked them to call police, and take him to the hospital.

South Bend police arrived at the scene shortly after, but did not make any arrests.

We checked with South Bend police on Wednesday afternoon. The teen was taken to the hospital and is expected to be okay.