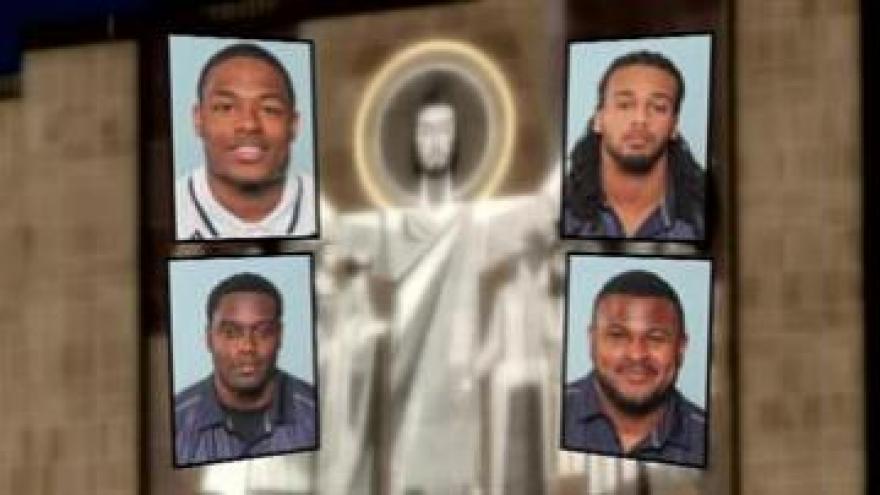 NOTRE DAME, Ind. -- The University of Notre Dame held a press conference Friday afternoon to discuss their investigation into allegations of academic dishonesty by students, including four football players.

Coach Brian Kelly was "devastated" when he was told about the allegations. Kelly said he and his staff would fully cooperate with the investigation.

The players will not be participating in practices until the investigation is complete.

The university's says they first learned of the allegations during the end of the summer session.

They received evidence papers and homework was turned in that was written by someone else.

The compliance office in athletics was notified on July 29. The university says the Office of General Counsel started an investigation into the allegations.

The university says if the student-athletes would have been ineligible to play during past games, the university will voluntarily vacate wins in which that athlete participated.

“The University is committed to thorough resolution of this matter, consistent with its commitment to academic integrity and adherence to NCAA rules," said University President Rev. John I. Jenkins, C.S.C.

The students involved are still enrolled in the university.

Father Jenkins said if the four players were found to have committed violations of the honor code, the Honesty Committee would determine their punishment. According to the Honor Code, the punishment is dependent on the severity of the violation.