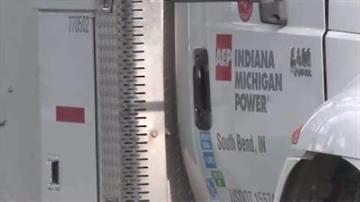 SOUTH BEND, Ind. – Around 4p.m. nearly 9,000 people were without power in St. Joseph County because of a problem with a power substation in South Bend on McKinley.  By 11 p.m. there were just over 2,000 households that were still powerless.

Traffic on McKinley was being rerouted to LaSalle.

All of the stoplights in the area were down because of the power outage.

One resident said she ran outside when she realized the power was out.

“I saw smoke and there was an odor of something burning,” said resident Sally Caruso.

Crews say they wanted all power to be restored midnight, but they will work through the night if they have to.