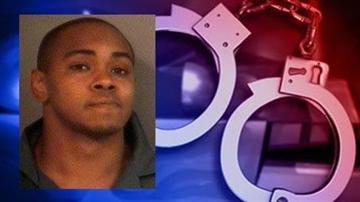 SOUTH BEND, Ind. -- One person is dead and two others were hospitalized  after a shooting on Warrick Street around 10 p.m. Wednesday.

The shooting happened at 18342 Warrick Street.

Police confirmed they found one person dead in the home with gunshot wounds.

The home's owner is in critical condition at Memorial Hospital.

According to police, one of the suspects fled the scene in a vehicle but showed up at Memorial Hospital with gunshot wounds. That man was identified as Mario McGrew.

The Metro Homicide Unit is investigating.

Police said this was not a random crime, that the homeowner knew the suspects.

The shooting happened just one block from the eastern edge of Notre Dame's campus.

We asked Dennis Brown, the spokesman for the university, about the incident.

"We're concerned, of course, anytime there is an incident like this near our campus. But we know that local police agencies responded quickly and we're confident that they will continue to thoroughly investigate and address this and other cases," said Brown.

Police are not releasing the name of the victim who died until the family is notified.