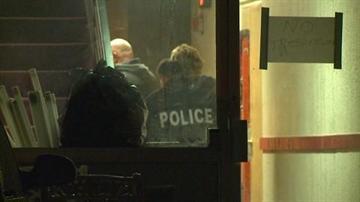 GOSHEN, Ind. – The Elkhart County Coroner said the autopsy is scheduled for Friday at 9 a.m. for the dead body of a man found inside the old Goshen Inn and Convention Center. The results could be available by the afternoon, but until then, it will be unclear as to whether foul play was involved.

Friday morning, the crime scene tape no longer roped off the area of the building where investigators focused their search efforts.

Goshen Police, as usual, have been tight-lipped about the situation and have shared practically no information. However, the department was expected to issue a press release sometime Friday.

A former employee of the hotel told ABC 57 the vacant building has been a recipe for disaster since it closed. He also said he is shocked by all of the recent violence in Goshen, and that a possible murder happened at where he used to work.

The hotel is owned by Ken Patel, and is being renovated. It closed earlier this year after a foreclosure scare. Jack Limes is one of several men working on the renovation team. He has worked for Patel previously and considers the man a friend.

Limes and other workers are staying at the hotel while the renovation is ongoing. He says, the last time he was inside the hotel was on Thursday around 6 a.m. when he left to go to his day job.

When Limes returned that evening, he says, police questioned him about his whereabouts and when the last time he was at the hotel.

Limes says he knows who has died but was told by police not to give out any specifics. Thursday night, Limes talked to ABC 57, “I got a few friends that work here and was just kind of worried... I know a few of them are alright, still haven’t heard from the owner yet,” said Limes.