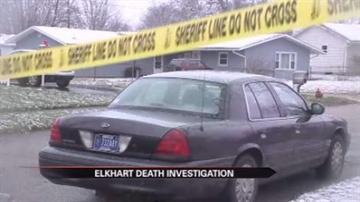 ELKHART, Ind. -- The Elkhart County Sheriff's Department is investigating a suspicious death at a home on Michael Drive.

Deputies said they responded to 54640 Michael Drive Friday around 10:30 a.m. to investigate the death of a 76 year old woman found deceased at the residence.

The death is being considered suspicious.

The woman has been identified as Norma J. Hopper.

The cause of death is still unknown, but an autopsy is scheduled for Saturday morning

Deputies need assistance locating a vehicle missing from the home.  It is a blue Chevy Lumina with an Indiana license plate SPV314.

If you have any information or have seen the car, contact the Elkhart County Sheriff's Department at 574-533-4151.

Today 92° Times of sun and clouds