Update: Dog rescued has not been claimed 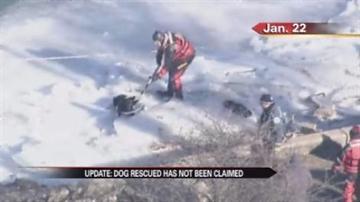 An update for you on the dog that was rescued from Lake Michigan. The little guy has not yet been claimed.

Tuesday, what is believed to be a Belgian Shepard mix was running on frozen water and crews struggled for hours trying to corral him and get him back on land.

Animal care and control says he had no collar and no microchip.

They said if its turns out he is a stray, they will transfer him to another shelter.