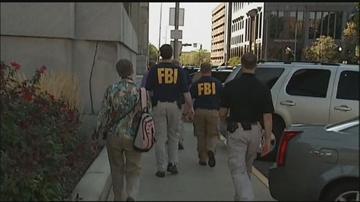 ABC57 is continuing to stay on top of the FBI raids that happened last week.

All four people who were on the run are now behind bars.

Last week they were among 40 people indicted on a total of 26 counts of federal drug crimes in connection with a drug ring.

Officers say they were funneling dope and cell phones into prisons. Corrections officers were also implicated in the crime.