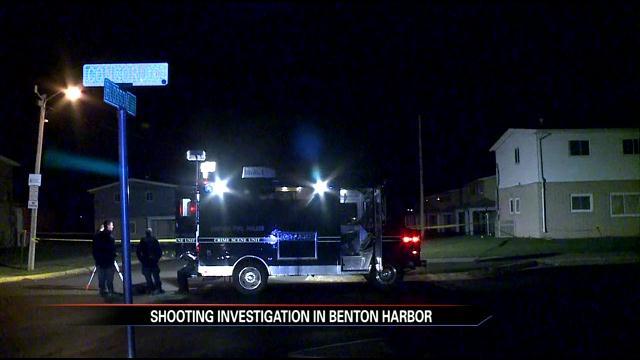 The search is on for a shooter in Benton Township after a quadruple shooting sent 5 people to the hospital.

The shooting happened at 9:30p.m. on Sunday night and neighbors said the scene was chaotic but they are not surprised.

Gabriel Dudley said, “It's just another day in Benton Harbor, bullets ain't got no name on them and they fly every day around here best thing to do is stay out the way. That's about it. Stay in the house, stay out the way. They aint guna stop until somebody's dead or in jail. That's how I look at it.”

Keenen Daniel said, “I don't know what kind of gun it was or who it was but I just heard the gunshots and stuff like that, everybody started running and.”

Police said the suspect(s) are unknown at this time and an unidentified handgun was used in the disturbance.

Police were investigating Monday morning and they released the identities of the victims in the evening.

Dudley said, “There's a bunch of violent kids out here. There's been shootings in the past and they know they ready to shoot. It's the day and the age we live in. They want to shoot at each other and not fight anymore.”

Investigators listed 20-year-old Darell Craft Junior in good condition after being shot one time in the torso.

The second victim 19-year-old Deontae Poindexter was shot one time in the abdomen and he's listed in stable condition.

The third victim 24-year-old Tevin Hayes was shot one time in the right hip area, he was treated and released.

According to neighbors, the fourth victim was walking from the store when she was caught in the crossfire. Police said the 42-year-old was treated and released.

The fifth victim is a 46-year-old woman who suffered cardiac arrest during the disturbance.

If you have any information on a suspect you can call the Benton Township police department or the FBI violent crimes task force.