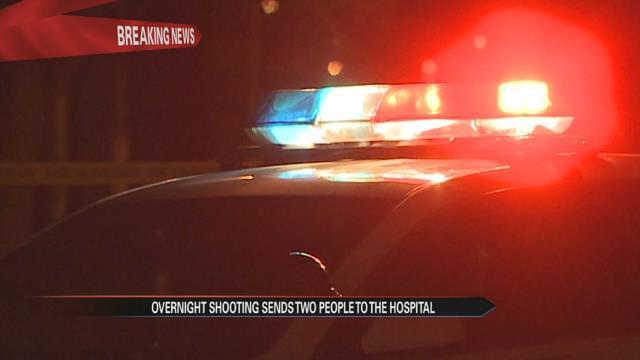 An early morning shooting in South Bend resulted in four females being taken to the hospital. It happened around 12:45 Sunday morning in the area of Harrison and Van Buren Streets.

Police were called to the scene and when they got there they found two females who had been shot in the back.

“At this point we don’t know the motive behind that. We do know that we have two female victims that are at the hospital with non-life threatening injuries,” said Martin Mullins, Sergeant with the South Bend Police Department.

Officers blocked off several different blocks of roadways as they collected evidence from the scene.

“We do have shell casings that were left in the roadway so we have our crime scene technicians who are recovering that evidence and then we have the victim’s vehicle that was crashed at the intersection a couple blocks down the road,” Mullins added.

The two females shot were traveling on Harrison Street when a vehicle from behind pulled up and began shooting.

“The vehicle was driving northbound on Harrison and a vehicle pulled behind it and started shooting. It’s an ongoing investigation and at this point investigators will be called in and we’ll assume the investigation at that point," he said.

At this time, names of the people involved have not been released.