UPDATE: Man found dead in field was hit by car 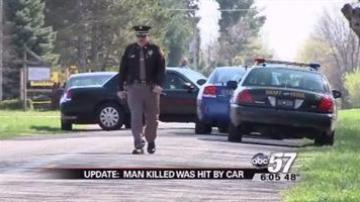 PIPESTONE TOWNSHIP, Mich. -- Police said that a Watervliet man who was found dead in a Berrien County field over the weekend was hit by a car!

Police said that 21-year-old Tyler Carr was at a party with more than 50 people on Fairview Road.

Officers said a fight broke out at the party some time after Carr was ran over. He was not involved in the fight.

Right now, police are still investigating. The Berrien County Sheriff's Office is not yet calling this a homicide.