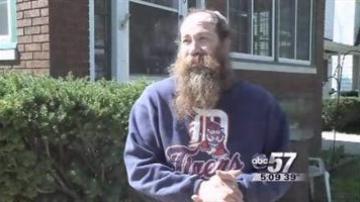 NILES, Mich. -- A Niles man said a police officer hit him, but now he's the one facing charges.

It's an update to a story we first brought you late last month. This week William Parker pleaded not guilty to assault on an officer, obstructing justice and resisting arrest.

Parker said a Niles police officer shot him with a taser twice and hit him in the head with a flashlight.

He said this happened during an arrest two weeks ago.

Parker told ABC 57 he plans to sue the police department once his name is cleared.