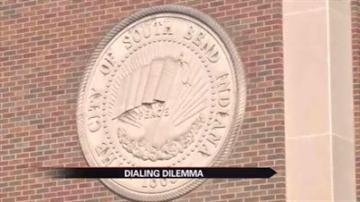 SOUTH BEND, Ind. -- There are some properties in South Bend that flood 911 with non-emergency calls.  A proposed bill will try to get to the root of the problem and eliminate some of the "problem properties".

Tax payers' dollars are supposed to go towards keeping the entire city of South Bend safe.  But police say that they often spend so much time at certain locations that other areas of the city get left unattended. These apartment complexes and neighborhoods that constantly call 911 are considered "problem properties."

As an example of a problem property, Scott says that last year the police we called to the Courtyard Place Apartments over 500 times, which took over $100,000 taxpayer dollars to fund.

"When you have a situation like this, your home is not being patrolled because we have situations going on repetitiously." explained South Bend Police Department Public Information Officer, Captain Phil Trent.

To try to solve the problem, council member Tim Scott introduced a new ordinance.  If the bill passes, it will mean that if police are called to a residence more than 5 times in a 60 day period, the property owner will be fined $250.

"But If there is an emergency, if there is a safety factor you need to call 911." Councilman Tim Scott emphasized.

If the bill is passed, it can be expected to be put into place around May of this year.