UPDATE: Police release name of motorcyclist who died in collision 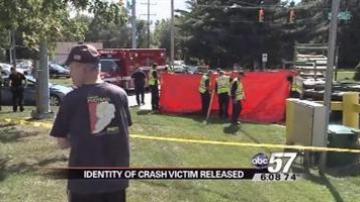 MISHAWAKA, Ind. -- Police just released the name of a man who died Tuesday afternoon in a motorcycle accident in Mishawaka.

Police say a Harley Davidson motorcycle collided with a Ford Truck around 2:30 p.m. on the corner of McKinley and Home Streets. The biker, 39-year-old Frederick Bazeley, was pronounced dead at the scene.

Bazeley was a resident of Osceola.

Police had a lot of witnesses.  They believe that speed may have been a factor in the crash.

"Traffic techs are investigating it as we speak, I haven't had the opportunity to talk to witnesses or anything but there were a few witnesses to the accident,” said Chief Ken Witkowski of the Mishawaka Police Department.

58-year-old Robert Price, Jr., the truck driver, was not hurt.