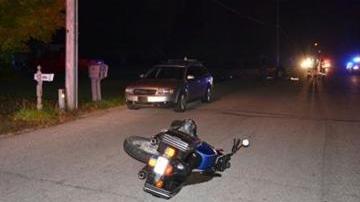 FORT WAYNE, Ind. -- A Warsaw man has died from his wounds in motorcycle crash involving a deer.

Investigators believe that 34-year-old Robert Gast was driving his motorcycle near the intersection of Roy and Gean Streets in Winona Lake, Ind., when a deer leapt in front of his bike.

He was air-lifted to Parkview Hospital in Fort Wayne for treatment. He died just before midnight on Wednesday.

The Allen County Coroner’s Office has ruled the cause of death as blunt force trauma to the head. They also say that the manner of death was determined to be accidental.

The incident remains under investigation by both the Coroner’s Office and the Kosciusko County Sheriff’s Department.