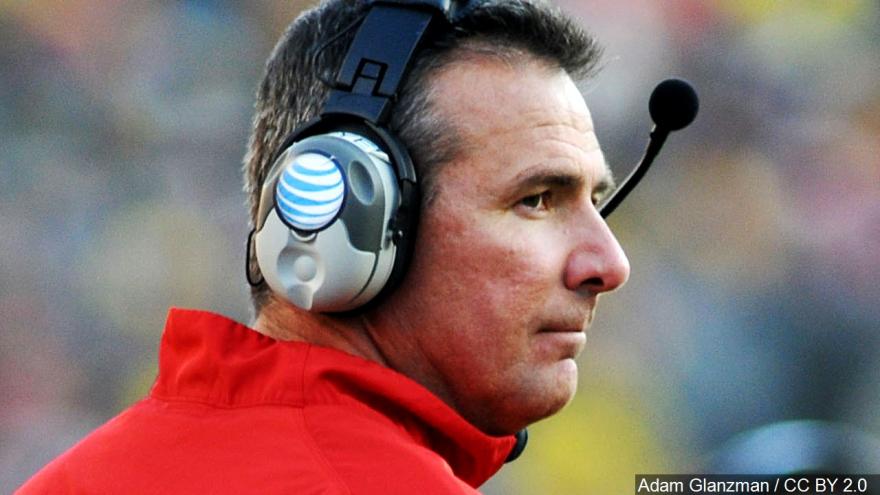 COLUMBUS, Ohio – Ohio State University’s head football coach has been suspended for three games, after he allegedly did not follow correct procedures in reporting domestic violence allegations of his coaching staff.

Urban Meyer was put on administrative leave while officials decided his fate.

It was announced Wednesday evening that Meyer would be suspended for three games.

The games he will fail to appear at are against Oregon State, Rutgers, and TCU.

According to the Associated Press, the move followed a two-week investigation into how Meyer reacted to accusations that former Buckeyes assistant Zach Smith abused his ex-wife, Courtney Smith.

Zach Smith was fired last month after she asked a judge for a protective order.