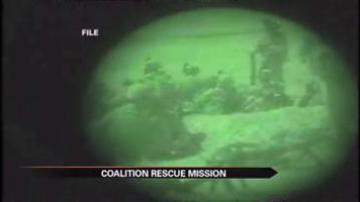 He was in Afghanistan to run a medical clinic run by a Colorado charity.

Last Wednesday he and two of his Afghan colleagues were kidnapped.

After learning his life was in grave danger coalition forces went in for the rescue.

Dr. Joseph was a civilian, not a soldier, which meant he didn't have the same level of security as someone in the military.