US Army Corp of Engineers: Dakota Pipeline to be re-routed 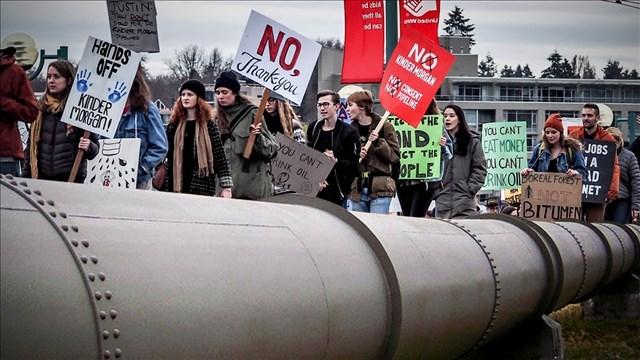 (CNN) -- The Army will not approve an easement that would allow the proposed Dakota Access Pipeline to cross under Lake Oahe in North Dakota, the Army's assistant secretary for civil works announced Sunday.

Jo-Ellen Darcy said she based her decision on a need to explore alternate routes for the pipeline crossing. This comes three weeks after a November 14 announcement from her office that delayed the decision after protests from the Standing Rock Sioux Tribe and their supporters.

"Although we have had continuing discussion and exchanges of new information with the Standing Rock Sioux and Dakota Access, it's clear that there's more work to do," Darcy said in her statement. "The best way to complete that work responsibly and expeditiously is to explore alternate routes for the pipeline crossing."

Darcy said that the consideration of alternative routes would be best accomplished through an environmental impact statement with full public input and analysis.

The Standing Rock Sioux Tribe oppose the pipeline because their federal reservation lies just a half mile south of the proposed crossing location. Officials for the tribe have explicitly stated their resistance, saying they fear a rupture or spill from the pipeline could be hazardous to the tribal members and could damage their water supply.

"We wholeheartedly support the decision of the administration and commend with the utmost gratitude the courage it took on the part of President Obama, the Army Corps, the Department of Justice and the Department of the Interior to take steps to correct the course of history and to do the right thing," Standing Rock Sioux Tribal Chairman Dave Archambault II said in a statement.

Thousands of protestors have taken up residence at the Standing Rock site to stand in solidarity with Native Americans to oppose the 1,172-mile long proposed pipeline, a $3.7 billion project that would transport 470,000 barrels of oil a day across four states.

North Dakota's sole member in the House of Representatives, Rep. Kevin Cramer, a Republican, expressed his disapproval in a scathing statement released Sunday that slammed President Barack Obama as well as the protestors.

"I hoped even a lawless president wouldn't continue to ignore the rule of law. However, it was becoming increasingly clear he was punting this issue down the road," Cramer wrote. "Today's unfortunate decision sends a very chilling signal to others who want to build infrastructure in this country. Roads, bridges, transmission lines, pipelines, wind farms and water lines will be very difficult, if not impossible, to build when criminal behavior is rewarded this way."

Other politicians, including Vermont Sen. Bernie Sanders, have actively opposed the pipeline and are praising President Obama's decision.

"I appreciate very much President Obama listening to the Native American people and millions of others who believe this pipeline should not be built," Sanders, a 2016 Democratic presidential candidate, said in a statement. "In the year 2016, we should not continue to trample on Native American sovereignty. We should not endanger the water supply of millions of people. We should not become more dependent on fossil fuel and accelerate the planetary crisis of climate change. Our job now is to transform our energy system away from fossil fuels, not to produce more greenhouse gas emissions."

Earlier this week, North Dakota Gov. Jack Dalrymple ordered the protestors to leave the campsite by Monday, citing the harsh winter conditions as a reason why they needed to decamp. The US Army Corps of Engineers had warned that come Monday, activists who refuse to leave the campsite could be arrested, then backtracked, saying the agency had no plans to forcibly remove those who stay.

Instead of backing away, the protestors came out in full force and showed no signs of backing down, even inviting over 2,000 veterans to join their already robust presence. Now with a victory for the Sioux tribe and their supporters, Standing Rock has become a protest symbol.

CNN's Barbara Starr and Kevin Bohn contributed to this report.