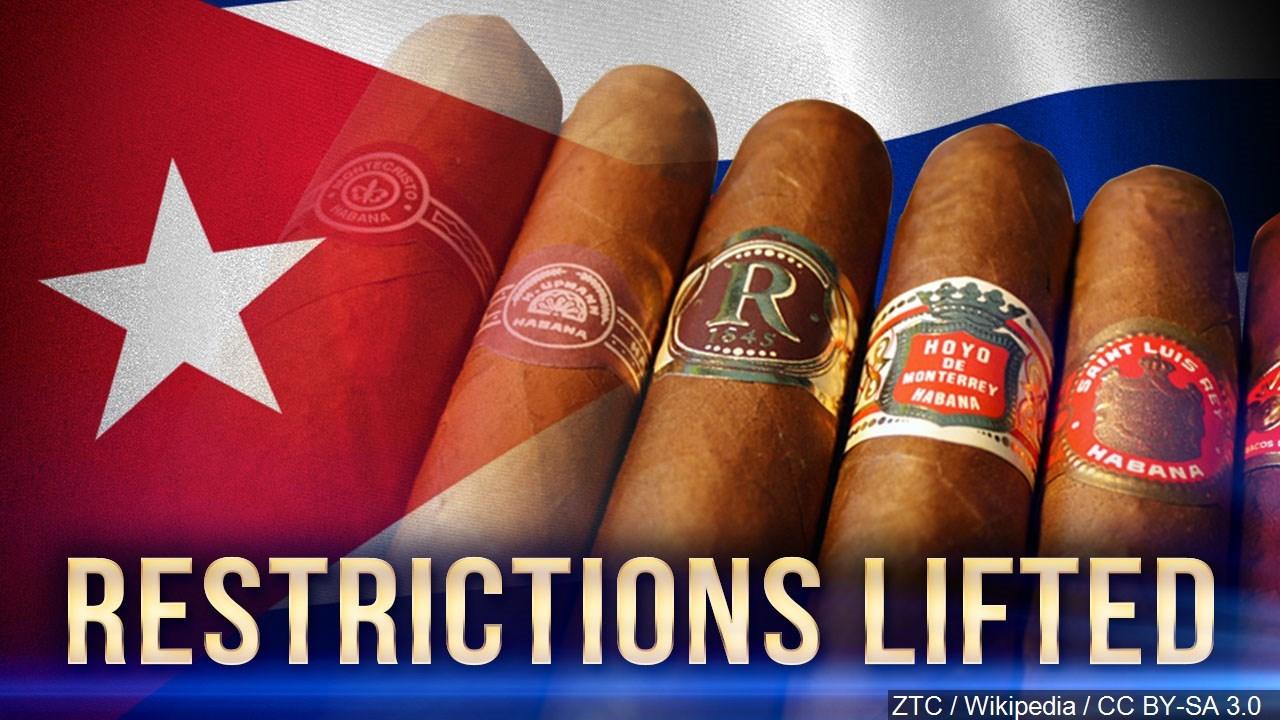 HAVANA, Cuba (CNN) -- For decades, Cuban cigars have been famous in the US for their intense, earthy flavor and near-unattainability.

The US embargo against Cuba prevented Americans from bringing home Cuban cigars, even if they were purchased in third countries.

Two years ago the limit was eased, but travelers could still bring home only $100 worth.

Perhaps suspecting that US sanctions would last for a while, shortly before President and cigar aficionado John F. Kennedy signed the embargo into law in 1962, he sent aide Pierre Salinger to buy all the Cuban smokes he could find in Washington, DC.

According to Salinger, he brought Kennedy back a stash of 1,200 cigars.

In the years that followed, US Customs agents seized cigars they found in travelers' bags as contraband or even tore the smokes apart in front of their would-be owners.

But Cuban cigars are no longer a forbidden luxury, as President Obama on Friday issued a directive that would allow Americans to engage in more commerce with the communist-run island, including potentially allowing Cuban state-run pharmaceutical companies to sell their low cost, innovative medications in the US.

But it was the news that American travelers can now bring back an unlimited amount of Cuban alcohol and tobacco -- including the famous cigars -- that captured many people's interest.

"You can now celebrate with Cuban rum and tobacco," said National Security Adviser Susan Rice, while discussing the changes in a speech Friday.

The imported tobacco and alcohol must be in carry-on baggage and for personal use, and US restrictions still prohibit the sale of Cuban cigars.

Still, the executive editor of Cigar Aficionado magazine, David Savona, said the change will have a major impact.

"It now allows people who love great cigars to travel the world and bring back Cuban cigars and enjoy them," Savona said. "If you go to Cuba, you want to buy cigars and try Cuban cigars. They go hand in hand."

Already, though, with the boom in tourism in Cuba, some of the top and most sought-after brands are disappearing from store shelves. Some aficionados worry that the cash-strapped Cuban government will cut corners and produce an inferior product.

But on a recent visit to Cuban tobacco grower Maximo Perez's farm, where his family has produced the crop for three generations, those worries were quickly dismissed.

"The first thing we have to do with the Americans is create an appetite for our product, because they have lost that," Perez said.

"But since what we make is excellent, as soon as they try it, they will see the difference."