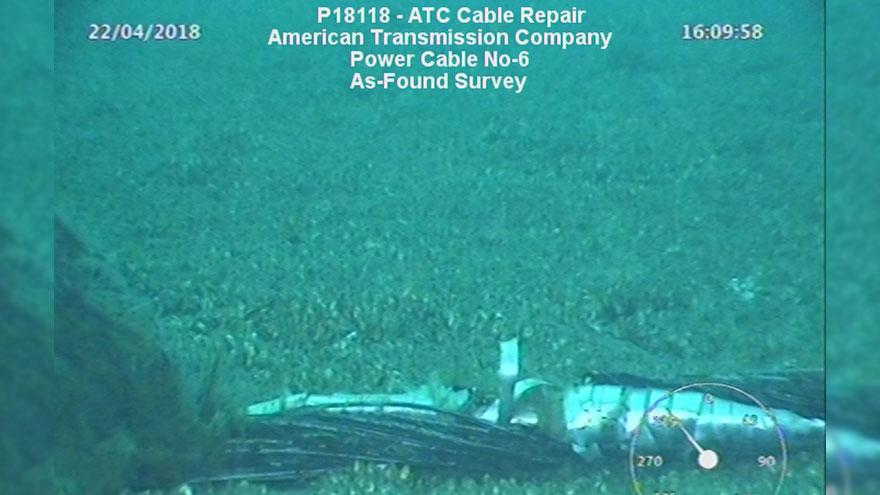 MACKINAW CITY, Mich. (AP) — A suspected anchor strike that severed two electric cables in the waterway linking Lakes Huron and Michigan may have damaged additional cables in the area that were taken out of service long ago but never removed from the water, officials said Thursday.

A remotely operated underwater vehicle spotted the damage to the retired Consumers Power Co. cables while inspecting other cables owned by American Transmission Co., which released about 600 gallons of mineral oil-based insulation fluid into the Straits of Mackinac after the April 1 incident, investigators said.

Consumers, a Jackson-based utility, said its cables were laid in 1956 and retired in 1990. They do not contain the same type of free-flowing liquid that leaked from the American Transmission lines, Consumers said in a statement.

The utility said it would inspect its cables and work with federal, state and tribal officials investigators "to further evaluate the implications and take the best actions to protect our waterways."

A state lawsuit filed this month accuses VanEnkevort Tug & Barge Inc. of Escanaba, Michigan, of dragging a tugboat anchor across the American Transmission cables. The company has said one of its vessels was in the area the day of the incident but has not acknowledged blame for the damage.

Crews began working Thursday to seal the American Transmission cables, an investigative team led by the U.S. Coast Guard said. The severed ends were being lifted to the water surface for soldering and affixing a permanent cap.

Afterward, they will be returned to the bottom of the straits in their original position and concrete mats will be placed over the ends to prevent them from moving, officials said.