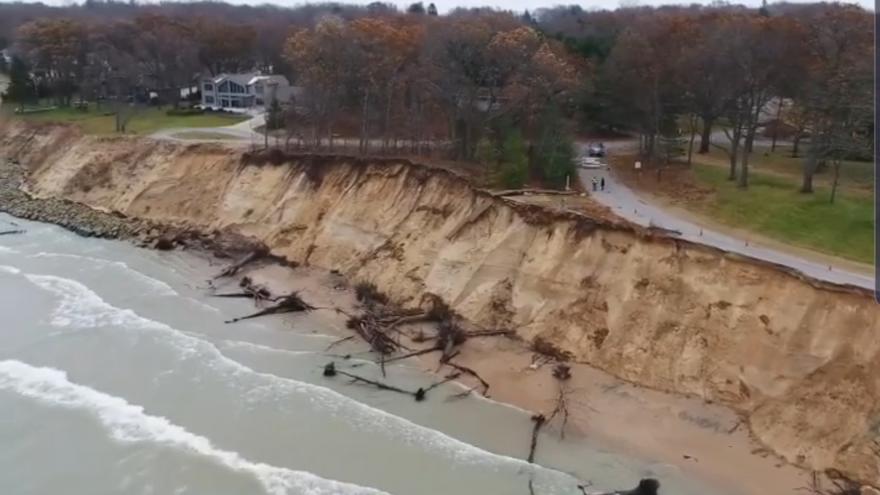 VAN BUREN COUNTY, Mich.—The Van Buren County Board of Commissioners approved a resolution asking that the state declare a state of emergency due to shoreline erosion.

The resolution, passed on January 14, says that the “record high water levels in the Great Lakes as well as the bays and rivers connected to them have contributed toward major erosion on beaches and shorelines across the state of Michigan.”

Van Buren County is asking the state to declare the 3,288 miles of Michigan shoreline a disaster area in order to receive assistance from the federal government for “the devastating situation which has an impact statewide.”

Stretches of sand up and down the western Michigan coast is now gone, largely due to high lake levels.

In November, Berrien County’s Board of Commissioners passed its own proposal to ask for the same shoreline area disaster declaration.

“This is not just a problem down here in New Buffalo, this is all the way up and down the Great Lakes shoreline,” Berrien County Commissioner Ezra Scott said in November.