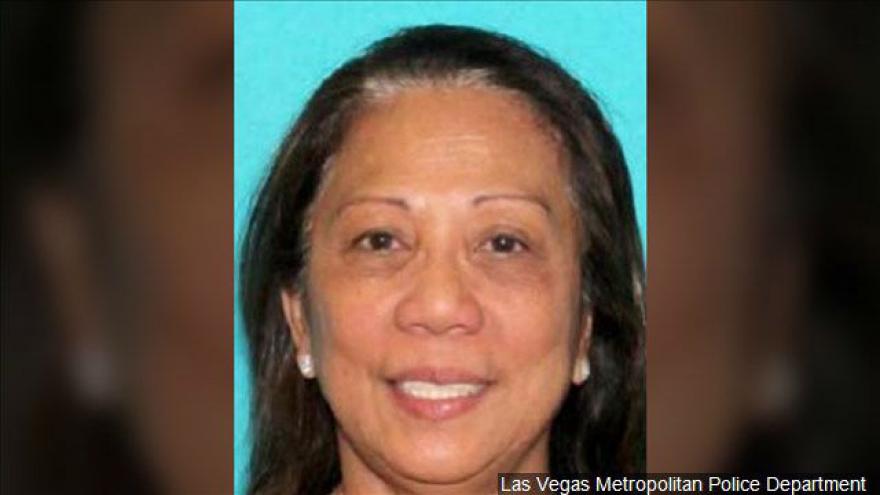 (CNN) -- The girlfriend of the Las Vegas shooter has returned to the United States, a law enforcement source told CNN.

Marilou Danley flew from the Philippines and landed at Los Angeles International Airport on Tuesday evening. She is being accompanied by the FBI in Los Angeles, where Las Vegas police plan to question her, the source said.

Authorities in the US, Philippines and Australia have been involved in the search for Danley, in the hope she might be able to shed some light on what led the 64-year-old to kill 58 people and injure hundreds more.

Maria Antoinette Mangrobang, the Philippine Bureau of Immigration spokeswoman, said Danley, who travels on an Australian passport, had left Manila for Los Angeles, where her flight landed around 7:30 p.m. Tuesday local time.

Mangrobang added Danley had arrived in the Philippines from Tokyo on September 25. There has been communication between authorities in the Philippines, the FBI and the US Department of Homeland Security, the spokeswoman said.

Las Vegas Sheriff Joe Lombardo said Tuesday his investigators were hoping to speak with the 62-year-old.

Speaking at a press conference, he said that law enforcement authorities are in communication with Danley and anticipate "some information here from her shortly."

Adding more intrigue to the case is the news, confirmed to CNN by a US law enforcement source, that Paddock recently wired $100,000 to the Philippines.

Photos from 2013 show Paddock visiting the Philippines. Officials aren't able to see yet the precise date of the transfer and the FBI is currently working with Philippine authorities over the matter, the source said.

In the immediate aftermath of the shooting, police had described Danley as a "traveling companion" of the shooter, but did not describe her as a suspect.

No one knows why Paddock morphed from a retired accountant to the deadliest mass shooter in modern US history. His relentless gunfire -- police say he fired for nine to 11 minutes after the first 911 call -- left 58 people dead.

The latest revelation came Tuesday afternoon when police said the gunman set up cameras inside his hotel suite and in the hallway.

Police are not aware whether the devices were transmitting -- the FBI is investigating their use -- but the Clark County sheriff told reporters he thinks the shooter might have used them to watch for people approaching his room.

Police had no prior knowledge of the gunman before the attack, nor is there any known link to overseas terrorism or terror groups, a US official with knowledge of the case said. And authorities say it's too early to tell whether the killings were an act of domestic terrorism.

The search for Danley initially spanned several countries, with conflicting reports that she could have been in Japan or the Philippines at the time of the shooting.

Australian Foreign Minister Julie Bishop said her government was working with US authorities but told CNN affiliate Sky News on Monday that Australia had had no contact with Danley directly.

Danley lived with Paddock in Mesquite, Nevada, northeast of Las Vegas. It's unclear when the couple met.

Court records show in February 2015 Danley filed a joint petition for divorce with her now ex-husband, whose name she has kept.

At the time, Danley was living in Reno, on the border of Nevada and California, according to the court document. She once worked at the Atlantis Casino Resort and Spa in Reno, which said Danley left the company "several years ago."

Speaking to CNN affiliate KHBS, the daughters of Danley's ex-husband described their former stepmother as a "good and gentle person."

"I know she has to be devastated about what has happened," Dionne Waltrip said, adding that the family, which now lives in Arkansas, has been receiving death threats after her father was erroneously identified online as the shooter.

"This is a horrific event, and our hearts and prayers go out to everyone impacted by this terrible act," Waltrip said.

"Our family doesn't know Stephen Paddock, and has no knowledge of Marilou's relationship with Mr. Paddock."