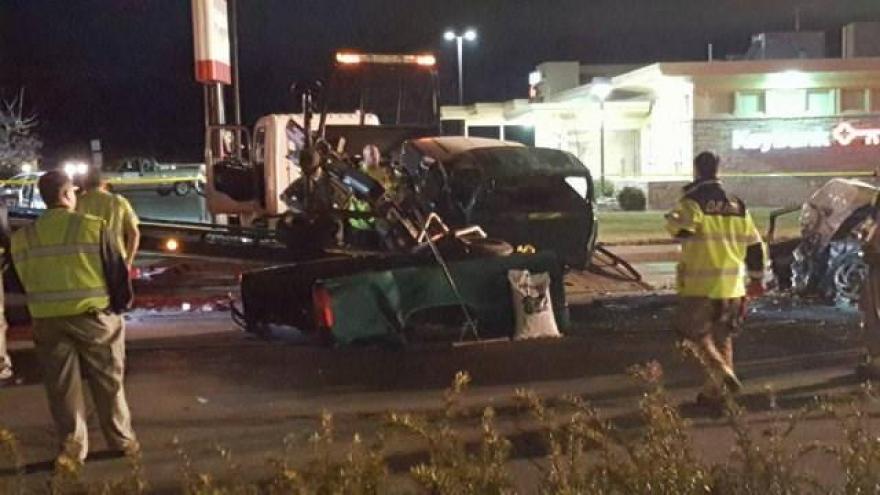 The Fatal Alcohol Crash Team (FACT) is investigating a fatal crash on 933 at Darden Road in St. Joseph County.

According to St. Joseph County Officials, the crash was a result of a police pursuit of four people in a silver Chevy Blazer out of Berrien County.

"There was a Berrien County deputy who was a fair distance back. We believe that deputy was trying to catch up to the vehicle, one of the vehicles that crashed. That's one of the things we're working on right now. We did have some officers that were very close to this, a lot of other people who witnessed it so right now it's the painstaking process of investigators talking to all those folks to try and get a clearer picture of what happened," said Bill Thompson, St. Joseph County Assistant Police Chief.

Investigators say the driver of a pickup, a 62 year-old-old man, died after being t-boned by the Blazer in the intersection while traveling east on Darden Road. The impact was was so strong, the driver's truck was ripped in half.

“I hear a bunch of sirens coming through and a huge bang. Police everywhere and pieces of vehicles flying all over the place," said Jared Hatch, witness.

The four people in the Blazer were transported to Memorial Hospital where two are listed in critical condition and the other two, in serious condition, according to county officials.

Three other vehicles were affected by the crash. The drivers of those vehicles are said to be fine.

Police have not released the names of the man killed or the others involved.