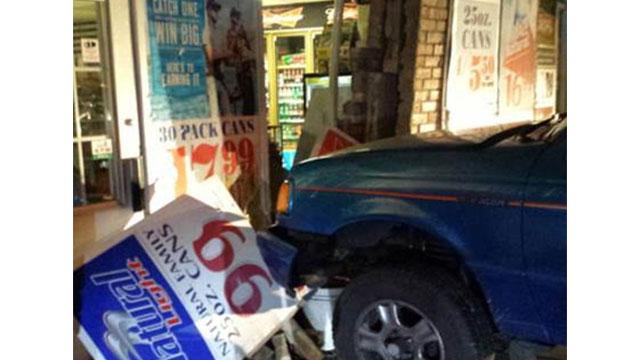 The driver of a pickup truck was arrested after he allegedly drove into the Quick Stop on Sherwood Street early Wednesday morning.

The Van Buren County Sheriff's Office was called to the business after the alarm activated just after 2 a.m.

When they arrived, they found a vehicle crashed into the front of the business.

The driver, a 34-year-old man from Bloomingdale, Michigan, had a BAC of .29, according to deputies.

The suspect was taken to the Van Buren County Jail on preliminary charges of operating while intoxicated 3rd offense.