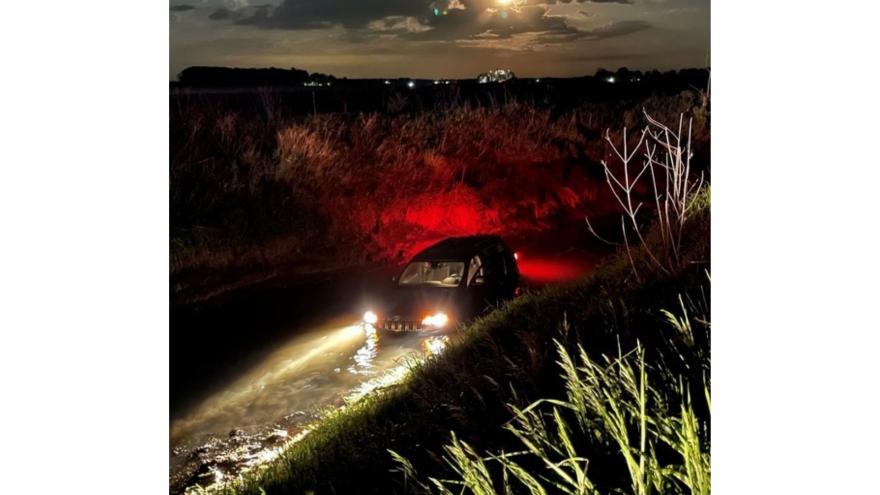 KOSCIUSKO COUNTY, Ind. – A Leesburg man was arrested on Monday after allegedly leading a police pursuit that ended when he crashed his vehicle into a ditch, Indiana State Police announced.

At 10 p.m. on May 16, a state trooper saw the driver of a gray 2017 Jeep commit a moving violation while driving north on S.R.15, south of Leesburg, according to reports.

The trooper initiated a traffic stop on the Jeep and the driver, later identified as 27-year-old Austin Zarse of Leesburg, pulled over near the intersection of S.R. 15 and Levi Lee Road.

As the trooper approached the Jeep, he noticed the Jeep’s brake lights were on, signaling that Zarse still had his foot on the brakes.

While speaking with Zarse, another trooper stopped to see if the first trooper needed help.

As the second trooper walked towards the Jeep, Zarse sped off, heading north of S.R. 15, reports said.

The pursuit continued north through Leesburg until Zarse drove off the road near C.R. 900 North and led troopers northwest through a field, according to police.

The Jeep ran down an embankment and into Coppes Ditch, disabling the vehicle.

The vehicle came to a stop in approximately three feet of water.

Zarse got out of the Jeep and allegedly dumped bags of an unknown substance into the water before he was taken into custody.

He was medically cleared before being arrested and taken to the Kosciusko County Jail for the charges of resisting law enforcement, obstruction of justice, and reckless driving.