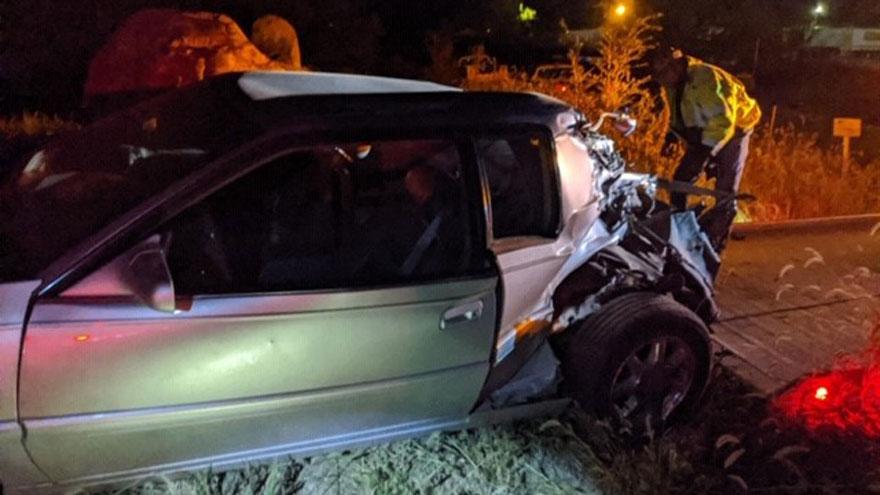 BERRIEN COUNTY, Mich. --  A driver was injured when his vehicle was struck by a train on Mayflower Road Wednesday evening, according to Michigan State Police.

The preliminary investigation showed the 36-year-old male driver drove his 2000 Cadillac El Dorado around the stop arms at the railroad crossing around 7 p.m., police said.

The train was unable to stop in time and struck the Cadillac.

The train stopped approximately a quarter of a mile from the impact location.

When emergency responders arrived, they discovered the driver had fled the scene, but he was located at a local hospital, reports said.

The driver was issued two citations for leaving the scene of a crash and disregarding train crossing signals, according to police.