Victim of deadly US20 accident identified 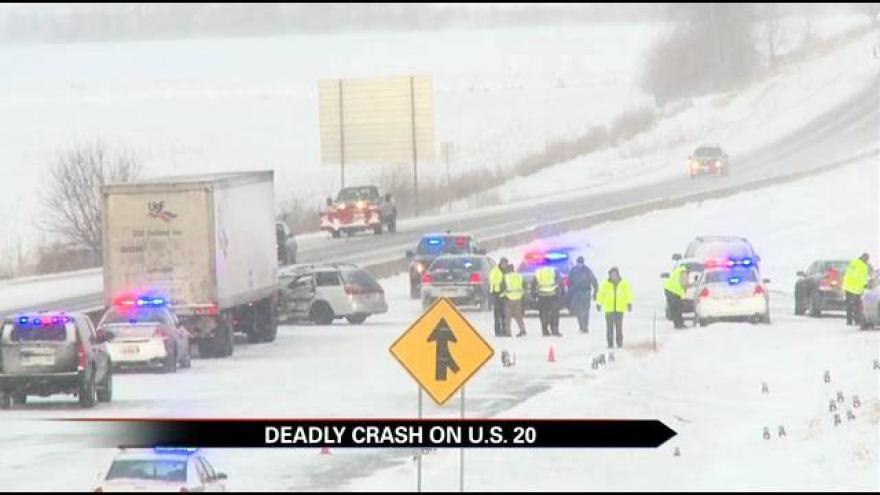 South Bend Police responded to a deadly accident between a vehicle and a semi Thursday morning on the US20 bypass.

The accident happened near the SR23 exit just before 8 a.m.

During the investigation, the westbound lanes between SR23 and Mayflower Road were closed.

The lanes reopened around 10 a.m.

The St. Joseph County Fatal Alcohol Crash Team released additional details about the accident. The victim was identified as Dorcas Kiruki, 37, of Mishawaka.

According to investigators, Kiruki's vehicle went off the road, then when she attempted to get back onto the road, her car struck a guardrail, then was hit by the semi.

"She went underneath the State Road 23 overpass, lost control, went off to the right off the shoulder onto the grass and then corrected and came back and unfortunately the semi struck the vehicle on the driver side,” said Sergeant Bill Kraus of the South Bend Police Department.