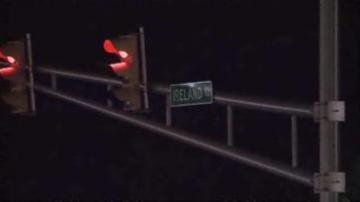 SOUTH BEND, Ind. -- ABC57 spoke with the family that was pulled over and threatened by a man who flashed a fake badge after a road rage incident in South Bend.

One of the victims spoke to ABC57, but did not want her identity revealed. She says she doesn’t want the phony cop to retaliate against her or her family.

The victim says she and her family were leaving a Target parking lot on Ireland Road when they accidentally cut off another driver.

She says her husband gave him the middle finger.

That’s when the man driving a black Chevy Impala flashed a badge quickly and pulled them over.

She says the man told her husband he was a police officer and a veteran, began to curse him and then threatened his life with a gun.
“He came up to the window and started saying  I ought to shoot you right in front of your family,” said the victim.
South Bend Police still haven’t caught up with the imposter.

The victim says the man is in his late 20s, about 5’11”, with a medium build and reddish brown hair.