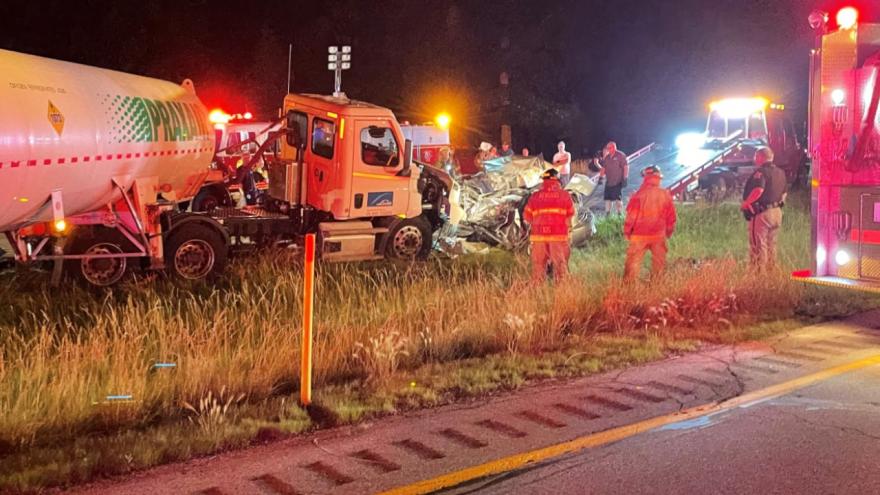 KOSCIUSKO COUNTY, Ind. – The victims of a deadly crash in Etna Township Sunday morning have been identified, the Kosciusko County Sheriff’s Office said.

According to a preliminary investigation, Fuentes Roque was driving south on C.R. 875 W., approaching the intersection of U.S. 30 when he allegedly failed to yield to a semi-truck traveling westbound on U.S. 30, approaching C.R. 875 W., police said.

The semi-truck hit the driver’s side door of the Mazda, reports said.

The two victims were pronounced dead at the scene.

The driver of the semi-truck was not injured, police said.