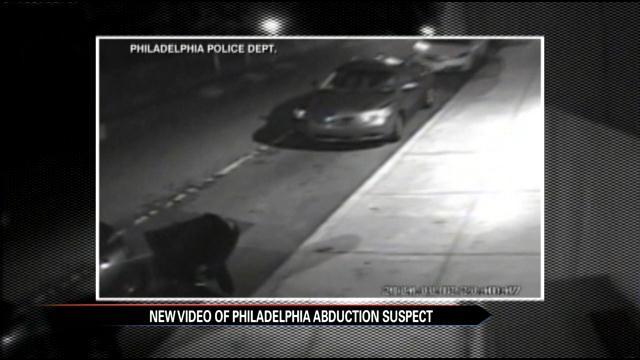 The FBI has released another surveillance video of a person of interest in an abduction outside Philadelphia.

The man caught on camera is seen entering a supermarket the same day nurse Carlesha Freeland-Gaither was abducted.

Investigators believe his walk will be the key give-away for the public to identify him.

“Police have a good number of leads in this case. All of that is going to lead them to someone and hopefully resolve this case in short order,” says ABC News consultant Brad Garrett.

On Sunday, surveillance video shows the 22-year-old nurse forced into the man's car, just blocks from his home

Eight hours after she disappeared, more footage was found from a Maryland ATM, the state Freeland-Gaither moved from months before her abduction.

The man was seen withdrawing cash from her account.

Minutes later, police say the same man was spotted on a tape inside a convenience store.

With the abundance of video coming into the FBI and local police, they are hoping a break in the case will come soon, but not soon enough for Freeland-Gaither's family.

The family is concerned that an ex-boyfriend was “obsessed with her.”

Investigators say it is unclear from these tapes whether she knew her attacker.