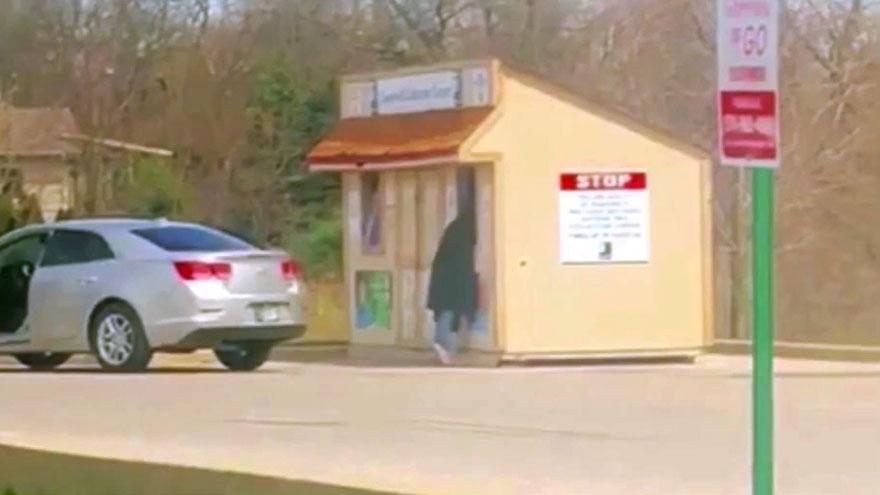 GRANGER, Ind. --- The Goodwill Store of Michiana is looking for a woman caught on camera stealing donated items from a Heritage Square donation center.

In a video shared with ABC 57, it captures the woman climbing through a donation drop-off window to grab bags full of donations.

“Taking from those boxes is critical, because we provide jobs for a lot of people in need in the community,” said David Taylor, who is currently a part of a local Goodwill program.

The donation center at Heritage Square has ‘No Trespassing’ and ‘Do Not Enter’ signs.

“It’s a shame when that kind of stuff happens,” said Guy Fisher, who’s with the Goodwill of Michiana. “It’s a break of trust with the community.”

The ABC 57 viewer who recorded the video said the woman filled up her car’s trunk and backseat with donated items. Fisher and the county’s sheriff’s department said the woman can be arrested and charged for this crime.

“You know, to take it out of the box doesn’t make a lot of sense when there’s a lot of better avenues with probably more assistance that can be provided to families and individuals,” Fisher said.

He said the Goodwill, Salvation Army, and St. Vincent’s are all good avenues for getting help in the community. Fisher said the Goodwill takes the donations and furthers it with the various programs the organization has in town.

“Without those boxes and those donations we wouldn’t be able to have people coming through the program,” said Taylor. “It’ll shut down a lot of things for people in the community that need help.”