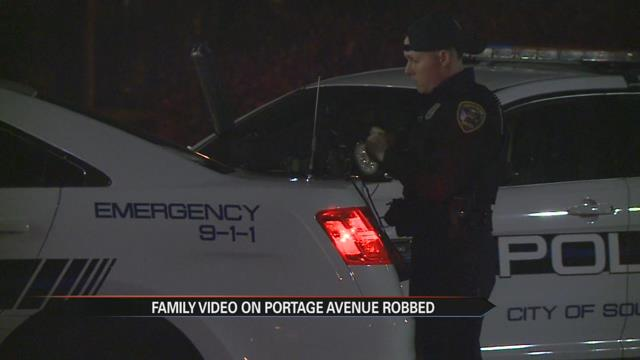 Police were called to the scene of the Family Video store on Portage Avenue in South Bend late Tuesday night.

The nature of the call was a report of an armed robbery. This is now the third time the same store has been robbed in just November.

Witnesses told police that a man came inside the store, said he had a gun, and demanded money.

He took an undisclosed amount of money and fled the scene.

Police think the suspect could be connected to the previous two robberies because they all happened around the same time.

“A lot of times these people will case the businesses just so they can get comfortable and a lot of times they don’t want to do it when there’s a lot of people around so they maybe outside waiting. If somebody sees something suspicious, call us,” Noonan added.

Anyone with information regarding the incident is asked to call the South Bend Police Department.