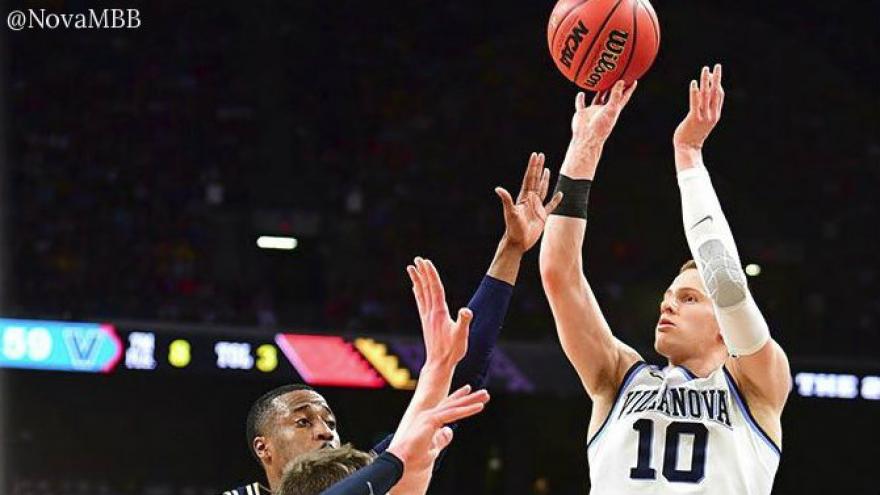 (CNN) -- There was no denying Villanova.

For the second time in three years, the top-seeded Wildcats are national champions in men's college basketball, knocking off No. 3 Michigan 79-62 in front of 67,831 at the Alamodome in San Antonio.

Villanova, who was a heavy favorite, won all six of its NCAA tournament games by double digits.

The Wildcats' recipe for success: Don't be shy about shooting the basketball, especially from deep. That strategy overall has paid dividends: It's the best offensive team head coach Jay Wright -- now with two titles -- has had.

Initially, though, the Wildcats started cold Monday night, and the Wolverines grabbed a 21-14 lead.

But thanks to the help of sixth man Donte DiVincenzo, the Wildcats went on a 22-7 run to close the half and lead by nine. DiVincenzo, a redshirt sophomore from Wilmington, Delaware, is nicknamed "The Big Ragu," presumably for his Italian name and red hair. He was close to unstoppable in first half, scoring 18 points on 7-of-10 shooting. The rest of the team was 7 of 21.

DiVincenzo finished with 31, his career high and a record for a player coming off the bench in a national championship game.

Six players, including DiVincenzo, average scoring in double figures for Villanova (36-4), and the team led the nation in scoring and ranked sixth in field goal percentage this season.

Villanova set records for the most three-pointers made in a single NCAA tournament and in a single season. It also smashed the record for most threes made in the Final Four in a blowout win against No. 1 seed Kansas with 18.

It was too much for Michigan (33-8), ending an impressive run for a team aiming to win its first national title since 1989.

Three months ago, the Wolverines were unranked in the AP poll. But they stormed through the end of the regular season and NCAA tournament with a 14-game win streak, including winning the Big Ten tournament championship.

The Wolverines were in the national championship game for the second time in six seasons. In 2013, they lost to Louisville, whose title since has been vacated because of a sex scandal that surrounded the Cardinals men's basketball program.