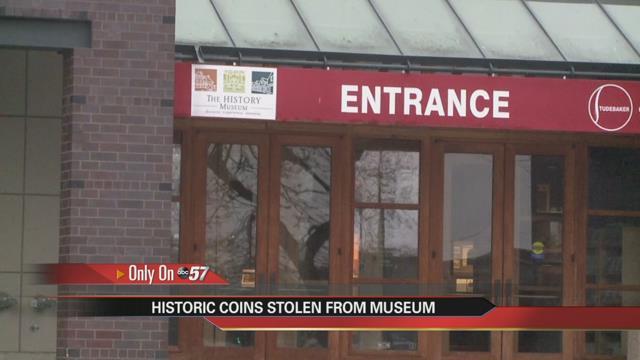 On Wednesday, between business hours at 10 in the morning and mid-afternoon, museum staff discovered a glass display holding coins had been shattered.

A report was filed with South Bend Police. The coins were on display to showcase currency used by early settlers.

"The items that we keep in our collection, we are the public stewards of those," said Randy Ray, Executive Director of The History Museum. "We are supposed to get them out and for the public to look at. We didn't put them at risk but obviously someone didn't respect what we do."

Museum officials wouldn't answer questions about the security set up in the facility, but they say they don't see the need to beef up protection.

The coins are not mint condition, meaning not much value to the thief. They hope that's incentive enough to see their return.

"I hope whoever took it is very disappointed in what they took and maybe they'll wise up and make sure we get them back," said Ray.

The museum says they've cooperated with police fully and they don't think this incident is cause for reform in how they operate.

No suspect has been identified yet.