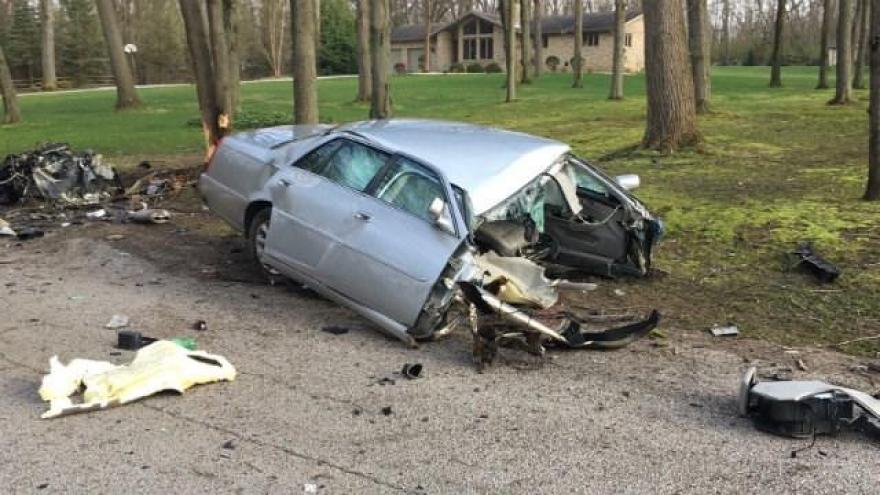 According to the La Porte County Sheriff's Office, Deputies were dispatched to the 5100 block of CR 450 N at approximately 5:10 p.m., where they found the driver, 49-year-old Corey Lombard, already deceased.

Investigators report that a 2008 Cadillac was driving west on CR 450 N when the vehicle began to fishtail before swerving off the road and hitting a tree. According to the investigation, there were 266 feet of skid marks left on the road leading up to the crash site.

Patrol Sergeant Adam Hannon reported that the car was "utterly destroyed, with the front end of the Cadillac breaking away from the rest of the vehicle." Deputies believe the impact broke the seatbelt, which ejected the driver from the vehicle.

"I've never seen a single-vehicle crash with that much destruction," said Hannon.

The La Porte County Coroner's Office reported that Lombard has a blood alcohol level of 0.9% at the time of the crash, which is slightly over the legal limit. Additional toxicology tests are pending.